(CNN) — White House Chief of Staff Mark Meadows said Sunday that the US Postal Service will not dismantle any mail-sorting machines between now and Election Day.

“Sorting machines between now and Election Day will not be taken off line,” Meadows told CNN’s Jake Tapper on “State of the Union.”

The postal service has come under criticism lately for dismantling some machines across the country and planning on more.

Meadows told CNN that was not part of a new initiative but was part of a pre-planned reallocation.

Documents obtained by CNN last week indicated 671 machines used to organize letters or other pieces of mail are slated for “reduction” in dozens of cities this year.

The USPS’s own document calls the move a “reduction” of equipment.

A letter sent Wednesday from the National Postal Mail Handlers Union to the Postal Service headquarters asked, “Why are these machines being removed?”

On Friday, the postal service, which is mired in longstanding funding problems, warned nearly all 50 states and Washington, DC, that mail-in ballots may not be received by election offices in time to be counted.

Postmaster General Louis DeJoy’s administration has slowed delivery, removed high-speed letter sorters from commission and issued a stark warning to election officials that mail-in ballots will no longer automatically be moved as priority mail. On top of that, the USPS has started reducing post office operating hours across several states, cut overtime for postal workers and removed some of their iconic blue letter collection boxes.

In the wake of what DeJoy is calling a “restructuring,” the agency’s inspector general is now reviewing these policy changes. Democrats are amping up demands that DeJoy rescind his changes and get the agency ready for the flood of mail-in ballots necessitated by the pandemic. 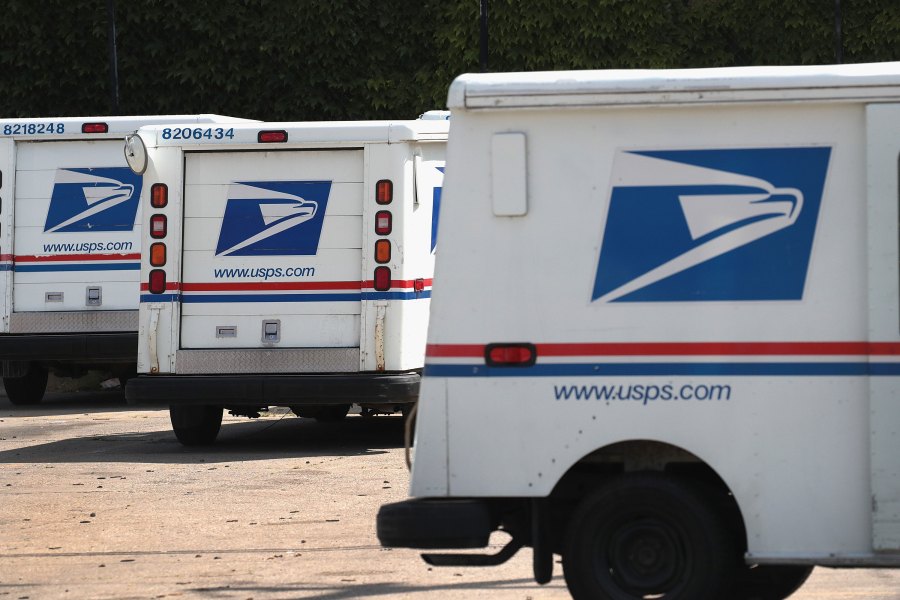