BIRMINGHAM, Ala. –  The GuideSafe Exposure Notification App is officially available in the Apple App Store and Google Play Store.

The app was initially available only to .edu email address holders during a recent pilot phase, but can now be downloaded for free by any Alabamian with an iPhone or Android device.

“This is an exciting day for all Alabamians, and we appreciate Governor Kay Ivey for providing us with the funding used to help put this statewide effort in place,” said Dr. Karen Landers with ADPH. “This tool will arm us with the power to inform ourselves and those around us of potential exposure to COVID-19 safely and securely, which will be powerful as we move forward in combatting the virus.”

Alabama is one of the first states in the U.S. to launch Google and Apple’s joint technology to the general public.

The app essentially works as follows:

UAB officials say the success of the app depends on Alabamians downloading and actually using it.

“Only working together can we defeat COVID-19, and the GuideSafe Exposure Notification app is a step in that direction,” explained Sue Feldman, professor and director of graduate programs in health informatics at UAB.

Huntsville Hospital CEO David Spillers said more specifically, the app has to be used by a fairly large percentage of citizens to have any impact.

Landers said the app is not exactly what some people think it is.

“This is not a contact tracing app,” she said. “But it will allow us information related to knowing who has been exposed as far as persons being aware of potential exposure.”

UAB officials said the app doesn’t collect any personal data and therefore can’t be used in ADPH’s contact tracing efforts. It simply enhances the process by manually allowing users to tell the app, and subsequently others, they’ve tested positive for the virus.

The app uses your phone number to create an encrypted code.

That’s until ADPH confirms your test is positive, the system then generates an identical code. When the two codes match, only then does the exposure app send notifications to those with the app who you’ve been around.

“And remember that’s 15 minutes or longer at six feet or fewer,” Feldman added. 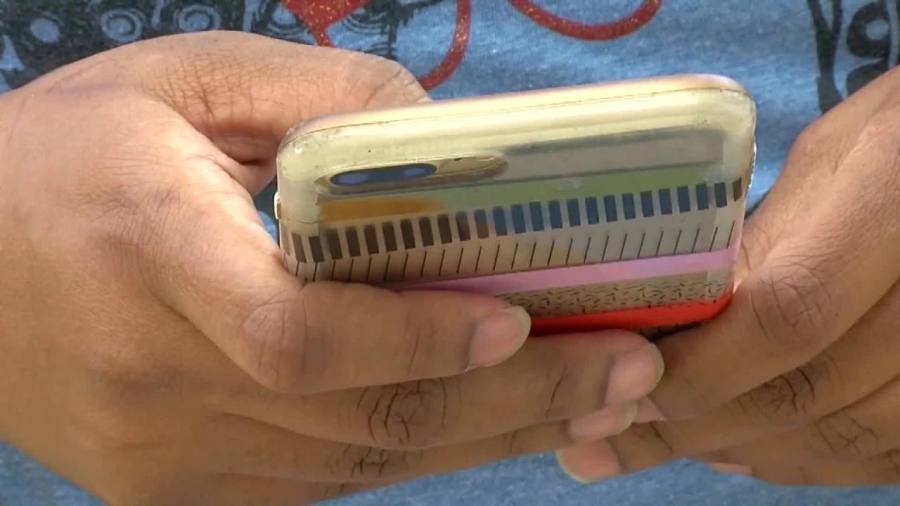