RALEIGH, NC (WBTW) – One of the two men convicted of killing of James Jordan, Michael Jordan’s father, in 1993 has been granted parole.

Larry M. Demery, 45, has been granted parole and is scheduled for release in 2023, according to the North Carolina Post-Release Supervision and Parole Commission. Demery is being held at the Scotland Correctional Institution in Laurinburg.

Both Daniel Green and Demery were convicted with 1st-degree murder and armed robbery in the death of Jordan in Lumberton, NC, and given life sentences. However, Green has continued to plead his innocence since the original trial.

Retired Robeson County District Attorney Johnson Britt, who tried the case, said today’s announcement means Demery will be on parole for the next three years but he could be released from prison within a matter of days.

“I’m not surprised,” Britt said. “He had been eligible for parole a number of times and had been denied. Given his involvement in the case, his cooperation in the case and really what he did with his life once he entered prison.”

“For all practical descriptions, one might describe him as a model prisoner,” Britt said. “Very few infractions. He’s worked on obtaining his high school degree, his college degree, as I said it doesn’t come as a surprise. In fact, I think it was a little longer than I thought it would take.”

“As he enters this new transition back into society, I hope he does well,” Britt said.

For someone to qualify for parole, Britt said the DA of the county where the person was convicted is notified. The victims/families are also notified. The person’s individual record is reviewed by the Parole Commission.

“The Jordan family historically has kept themselves at an arms length from this case,” Britt said. “The only public statement that was ever really made regarding this case is they wanted to see the justice system work. And this is part of the justice system.”

Green, who was 18 when Jordan was killed, has said he and Demery were both at a cookout when his friend left to meet someone for a drug deal. Green says he stayed at the party because he was flirting with a woman there. Demery returned hours later, Green said, appearing shaken and asking him to help dispose of Jordan’s body in the swamp. Green has said Demery told him he mistook James Jordan for a drug connection and shot him after an altercation.

In 2018, Attorney Hugh Rogers, who represented Demery, said the case pits the men’s accounts against each other but ultimately more evidence corroborated his client’s version.

Prosecutors have said that James Jordan was killed as he slept in his parked Lexus along a highway after being targeted for robbery. At Wednesday’s hearing, they once again pointed to a video in which Green rapped while wearing an NBA All-Star ring and gold watch that Michael Jordan gave his father. Green says he got the jewelry from the car console days after the killing.

The North Carolina Parole Commission said the state’s current sentencing law eliminates parole for crimes committed after Oct. 1, 1994. However, the commission has the responsibility of paroling offenders who were sentenced under previous sentencing guidelines. Demery was released under the Mutual Agreement Parole Program, which is a scholastic and vocational program that works after a three-way agreement between the commission, the Division of Prisons and the offender.


27th anniversary of death of James Jordan in Lumberton

The Robeson Co Sheriffs office, which handled the murder investigation, had no comment regarding Demery’s parole. 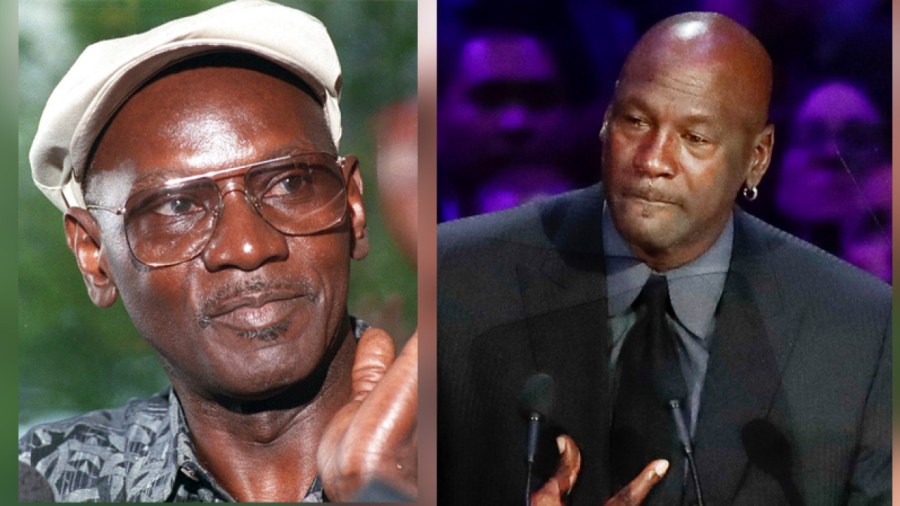