The Zoom meeting took place Tuesday evening. It was meant to update parents on remote learning at Columbine High School.

Unfortunately, things took a dark turn when hackers entered the meeting and started showing images of Nazi soldiers and people being beheaded.

“My youngest son was in the background and he got terrified. He got sick to his stomach,” a parent, who asked to remain anonymous, said.

That parent has a son in the ninth grade at Columbine High School.

While airing disturbing videos and photos in the Zoom call, the hackers rattled off several threats.

“Going to shoot your kid in the 2020 Columbine remake!” one of the hackers said.

The meeting was not password protected, which allowed for the hackers to easily sneak in.

The school sent parents a fresh Zoom link directly after; this time it was password protected.

“I’m not sending my son to school,” the parent who asked to remain anonymous said. “I would like him to continue online through Columbine, but as far as sending him in person – that’s a big threat to me.”

On Wednesday, school administrators emailed the parents who were in the Zoom to apologize for what had happened.

“This unfortunate and hateful display does not in any way suggest a breach or compromise to the security we have in place for our virtual learning systems. It’s unfortunate that these ‘bad actors’ took such heinous advantage of what was intended to be an opportunity for family engagement around the start of school details for the Columbine High School community,” said Tammy Schiff, chief communications officer with Jeffco Public Schools.

Anyone with information is asked to call the Jefferson County Sheriff’s Office at: 303-271-0211. 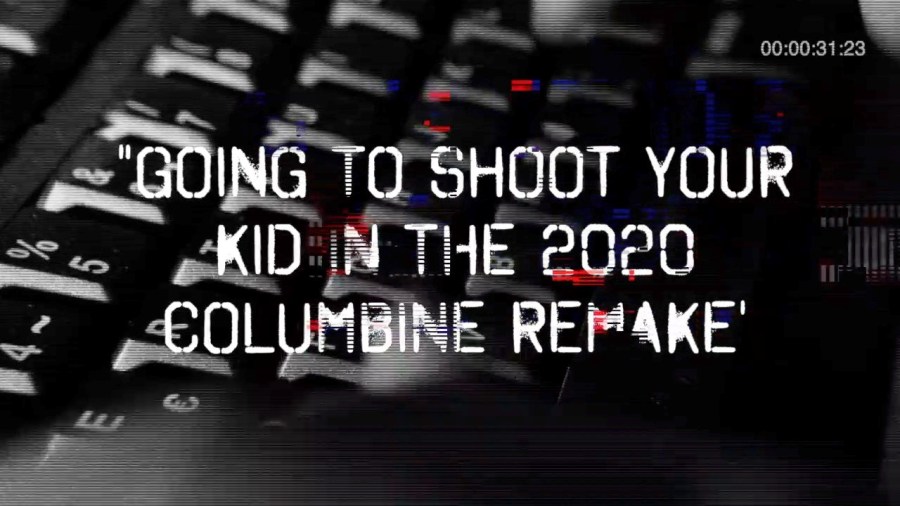