SACRAMENTO, Calif. (KTXL) — Jane Carson-Sandler was among a handful of victims who faced Joseph Deangelo in court during the second day of victims presenting their impact statements.

“I may have been one of your victims, DeAngelo. But you know what? Now I’m a survivor, thriver,” she said.

She became the fifth victim of DeAngelo when he broke into her Citrus Heights home in 1976.

Aside from her being raped by him, it was perhaps even more shocking that DeAngelo carried out his attack considering her 3-year-old son was sleeping next to her when he broke in.

Since that day, she said she went on to have a great life, which included becoming an advocate for other victims of sexual assault.

She said there are still triggers that remind her of that violent ordeal.

“My comfort at those times is remembering that you are finally going to prison, and will remain there until you die,” she said.

She says not only does her heart go out to all those who he brutalized and killed, but to his own family.

“Your former wife, your children, your grandchildren. They don’t deserve to live a life full of shame due to your despicable actions,” Carson-Sandler said. “DeAngelo, they too are your victims.”

Bonnie Colwell, the former fiancee of DeAngelo, appeared alongside Carson-Sandler but did not speak in court since she was not considered a victim in the case.

Over the years, some have speculated if a jilted DeAngelo evolved into a violent killer following the breakup years earlier. During one of his assaults, he was overheard saying the words, “I hate you Bonnie.”

Carson-Sandler spoke on her behalf.

“I can see that ‘I hate you Bonnie’ was a result of your frustration because you lost control over her,” Carson-Sandler said. “But she bears none, none of that responsibility for your violent choices.”

“He’s a crazy man. I think he’s been crazy for many, many years. And I don’t carry the responsibility of his crimes,” Colwell told FOX40 outside of the courtroom. “Those are his choices and his actions.”

The Hardwicks, formerly of Stockton, recounted DeAngelo’s brutal attack on them back in 1978.

“The aftermath of this attack has been with me for 42 years. That’s a very long life sentence for somebody who had done nothing to deserve such hatred and violence and desecration of my body,” Gay Hardwick said.

She and her husband of 41 years, Bob, say they’ve waited years for this day.

“Relieved to have our voice heard and to give life to the thoughts that we’ve had over the years,” Gay Hardwick said.

For Bob Hardwick, he said he speaks for the other victims when he shared his recommendation for DeAngelo’s incarceration, which includes being placed in the toughest prison with the worst inmates.

“Attackers would repeatedly rape him like these women were raped,” Bob Hardwick said.

“I would want Mr. Deangelo to suffer for the rest of his life like the victims, the rape victims have suffered the last 42 years,” Gay Hardwick said.

A common theme in statements read by victims on Wednesday was they think DeAngelo should be locked away in a distant, maximum security prison far away from the communities he terrorized. 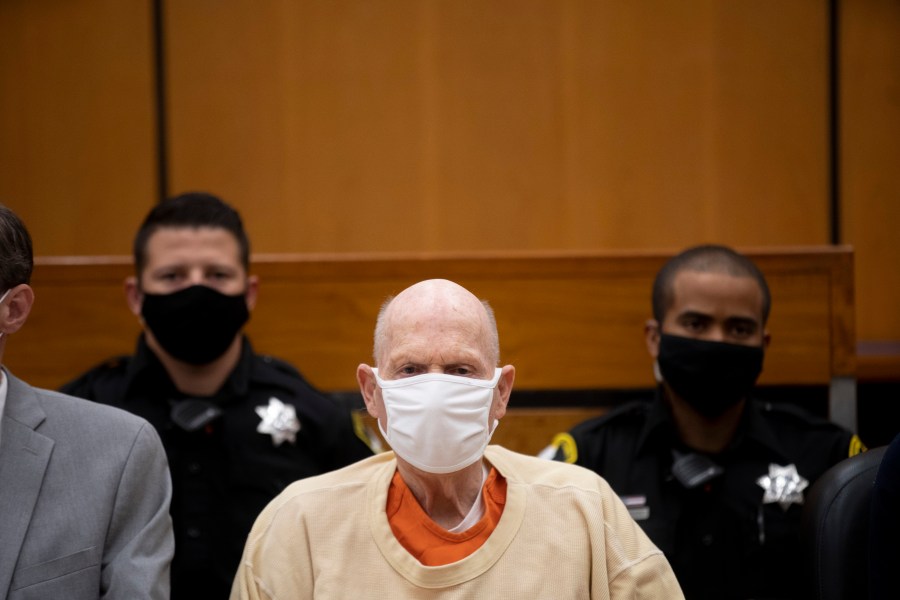