ATHENS, Ala.- An 11-year old golfer from Athens, finished 3rd in a field of more than 70 golfers from around the world in the U.S. Kids Golf World Championship, and thats just one of her recent accomplishments.

Adalyn Pike first picked up a golf club when she was 2 years old, and started playing competitively when she was 6.

“My dad got me interested. Whenever I was little, he would carry me outside like on the course,” says Pike.

At age 11, she has finished in third place in a field of more than 70 golfers at the U.S. Kids Golf World Championship.

The tournament was an invitation-only international event. Pike earned her spot in the tournament by winning the 2019 Kids Golf Huntsville Tour earning the lowest ever recorded score shooting a 6 under par with a score of 30.

Pike competed in the girls 11-year old division at the World Championship and shot 71-80-70 to finish in third place at 5-over 221. Sophia Cherif Essakal won the tournament at 3-under 213, while Angelina Pacheco finished second at even-par 216.

“Adalyn’s here every day. Rain snow sleet. It doesn’t matter whats going on, she’s here every day. Summer time, all day long. As soon as school gets out,” says Micky Wolfe who is the Director of Golf at Canebrake Club.

Pike said being able to compete as well as she did against players from around the world was one of the best experiences she’s had.

“I just love being able to travel around the world to different golf courses and meeting different people and spending time with my family,” says Pike.

While many kids Adalyn’s age are hanging out with their friends she spends most of her time on the golf course, working on her game.

“Adalyns on this range. She’s working on her grip, her stance, her posture. All the things that make her good for sure,” says Wolfe.

Adalyn hopes her success on the youth tour is just the first step in a long golf career. Her goal, is to go pro.

Adalyn can’t bask in her third-place finish at the U.S. Kids Golf World Championship for long. She has a busy few weeks ahead. She will play in a local tournament at Canebrake Club this weekend before heading to Mississippi for the Gulf Coast State Invitational. 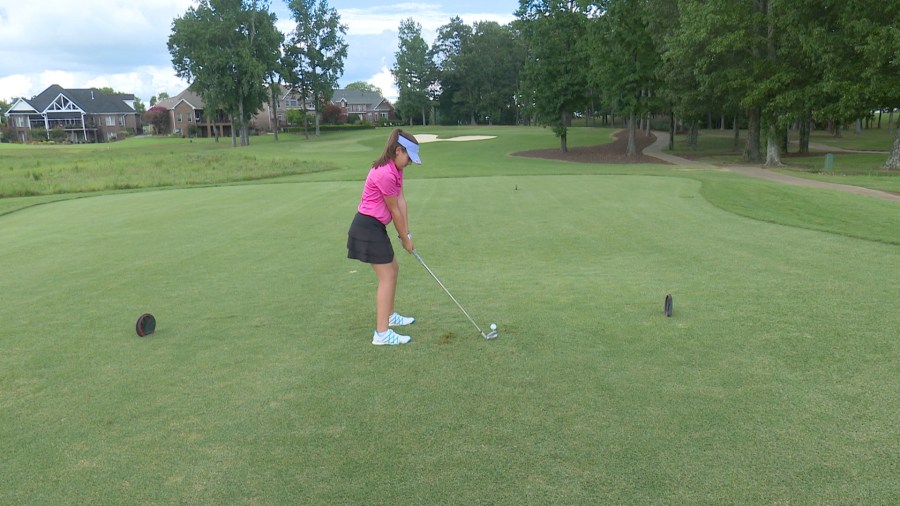