The race comes amid ongoing negotiations that involve a lawsuit filed against chemical maker 3M, Decatur, Morgan County and others. Bibbee and Kirby have been critical of the pace of those negotiations and recently worked to limit the mayor’s ability to enter a lawsuit settlement without council approval.

3M recently entered an agreement with the State of Alabama to do widespread cleanup, monitoring and remediation of PFAS chemical-contaminated sites in Decatur, Morgan County and Lawrence County.

Bowling has raised the most money in the race, by far, his latest filing shows a balance of $26,000, which includes at least $4,000 in spending.

Councilman Billy Jackson, the incumbent in District 1 is running unopposed.

The District 2 candidates are Kyle Pike, Wayne Thrasher and Terrance Adkins. Pike has the lead in fundraising in that race, showing a balance of nearly $4,000 and at least $2,500 in spending.

The candidates vying for the District 5 seat are, Rodney Gordon, Jacob Ladner and Mark Macklin.  Ladner has raised the most money, with $4,000 on hand in his last filing and at least $4,700 in spending.

Bibbee, the District 3 incumbent and current council president trails challenger Carlton McMasters in fundraising by a substantial amount, records show. His last campaign filing, Aug. 14, shows a balance of more than $9,500, while Bibbee’s last filing showed a balance of just over $1,100. The field also includes Ray Glaze and Philip Wright.

District 4 Councilman Kirby, the other opposed incumbent, shows a fund balance of about $1,400 after spending of at least $3,300.

His opponent, Hunter Pepper, has not submitted any campaign finance filings, according to the Morgan County Probate Judge’s website. Pepper told WHNT News 19 last week he’s been prepared to file, but said he was told it wasn’t necessary until he raised $1,000. Pepper submitted a filing Monday reflecting that he did not raise $1,000.

The races involving the two council incumbents, Bibbee and Kirby, come against the backdrop of a January email written by Decatur’s outside counsel Barney Lovelace, whose firm represents the city in the ongoing litigation involving 3M. Decatur and Morgan County are co-defendants with 3M in a lawsuit brought by the Tennessee Riverkeeper group, which sued in 2016 alleging 3M chemicals have contaminated the Tennessee River.

Lovelace’s email, apparently sent to attorneys at his firm, describes his meeting with leadership of the Decatur-Morgan County Chamber of Commerce. Lovelace suggests there should be efforts to recruit candidates to run against Bibbee and Kirby in 2020. He offers to help the candidates, but says he told the Chamber officials, “… that I could not be publicly involved in this effort, but very deep behind the scenes I would help as needed.”

Bibbee and Kirby have been critical of the pace of negotiations with 3M, they’ve called for outside counsel that has more environmental litigation expertise and have suggested Decatur should switch sides and become a plaintiff against 3M, not remain a codefendant.

Lovelace and his firm are being paid by 3M, the company said to represent Decatur in the lawsuit. 3M said that came at the request of Decatur and Morgan County, but the in-house counsel for Decatur, Herman Marks, says there was not any formal action taken by the council to make that request. He said it came up during lawsuit mediation, which Lovelace and his firm are handling on Decatur’s behalf.

The Decatur-Morgan County Chamber of Commerce has a political action committee, Prosperity PAC, but the chamber’s CEO John Seymour said the PAC is not endorsing any candidates in the 2020 races. McMasters, a candidate challenging Bibbee is on the chamber board, according to the board’s website. District 2 candidate Kyle Pike was on the board, as president of the Decatur Jaycees, but he resigned that seat in March before announcing a run for city council, Seymour said.  Bibbee, as council president, also is given a non-voting seat on the board, Seymour said.

“Our primary goal is to make sure there are people running for office that have Decatur and Morgan County needs as a priority,” Seymour told WHNT. “We believe that to be the case.”

3M’s site manager Michelle Howell is the current chair of the Decatur-Morgan County Chamber of Commerce.

3M told WHNT News 19 last week, “3M has not and will not take a position in local Decatur municipal elections.”

WHNT News asked the candidates in the Districts 3 and 4 races, via email, what led them to enter the race and how they believe Decatur should deal with 3M.

What led you to decide to run for a city council seat in 2020?

Paige Bibbee, incumbent: “First and foremost I love serving this Great city I live in. Second, during this second term I’d love to see several large-scale projects started by this administration finished up in a second term. I do have a personal term limit of only two consecutive terms in any one office.”

Ray Glaze: “Unity is my number one goal. Before anything else, we as a City, not just individual districts, must come together to achieve the goals and dreams to make Decatur the place that all people would love to call home. Unity means to know your neighbors and lend a helping hand when needed, attend functions and productions to support our children and local entertainment. We should also support our local businesses before driving to another city to support theirs. UNITY.”

Carlton McMasters: Did not respond to requests for comment.

Philip Wright: I decided to run for office a couple months ago for a couple of reasons. One there is no unity on the council, nor between the mayor, and council. I am a firm believer you should not agree on everything, however you should be able to have conversations, and be able to negotiate, and come to some kind of agreements without bickering. If you happen to watch the past council meetings, and conversations between the mayor and council they are quite embarrassing. I also decided to run because our cities growth is stagnant, while our surrounding cities such as Athens, Huntsville, and Madison or growing at a rapid pace, Decatur seems to be growing at a very slow pace. We need to be recruiting jobs to Decatur just as fast as our surrounding cities. That’s why I have a plan to get, grow, and keep jobs in Decatur. I want to eliminate a lot of the red tape that’s  around building permits, business permits, and give  tax incentives to small businesses for their  first two years to help them grow.

What do you see as the best way forward for Decatur in its dealings with 3M, including chemical cleanup around the community?

Paige Bibbee, incumbent: “As far as the 3M litigation moving forward. This council is still waiting on an environmental expert to help inform the public of the seriousness of problem.”

Ray Glaze: “I believe they are wanting to do what is right. They have been a huge supporter and employer for Decatur.”

Carlton McMasters: Did not respond to requests for comment.

Philip Wright: “As for 3M. It is very sad that 3M has Neglected their environmental issues, and swept a lot under the rug over the years. While 3M does bring a lot of jobs to Decatur, they should be held responsible and fined to the maximum for the environmental damage they have caused to Decatur, and Morgan county. I would like to see monthly audits at random to ensure that they are now meeting the environmental expectations, and that they are running within federal and state laws. I would also like to see the water tested every 3 months for the next 5 years to ensure everything is okay. While we want businesses to come to Decatur and grow and stay in Decatur, we must set the standard and make all future businesses know we will not accept this kind of behavior, and we will hold them accountable.”

What led you to decide to run for a city council seat in 2020?

Charles Kirby, incumbent: I first ran for Council in 2009 as a residual effect of the tax increase 0f 2001. I will never support a tax increase that the public doesn’t vote for. The 2001 increase drove down gross receipts in Decatur 200 million dollars. Those dollars only, finally returned in 2016, setting Decatur behind 15 years. It wasn’t just the increase, it was the way they did it. It would be accurate to say that I saw the need to break the hold by special interests back then.  When I ran in 2009, I lost by 3 votes with 27 voters put in the wrong precinct. I had affidavits by, at least 3 voters that they tried to vote for me and my name wasn’t on the ballot. The winner resigned 3 years later and I was appointed for the last year. I ran in 2013 unopposed. In 2017, was opposed by an employee (Eugene McNutt) of Willie LaFavor (chamber –Contractor Service & Fabrication) and defeated him by a substantial margin.  It is Eugene’s nephew running against me now.

Hunter Pepper: “I’m running because I feel that our city is not getting the attention it deserves from our council. The people in this city deserve to have there issues heard and there are hardly any attempts to do reach out to them for their opinions. I’m running because I care about the city and the people in it, for I have a heart for this city. I love it here and love the people in it and they need someone who cares. This city needs leadership that is willing to stand up for what their District wants.”

What do you see as the best way forward for Decatur in its dealings with 3M, including chemical cleanup around the community?

Charles Kirby, incumbent: “We cannot make true progress on the 3M situation with what has been done by current legal staff/representation.” 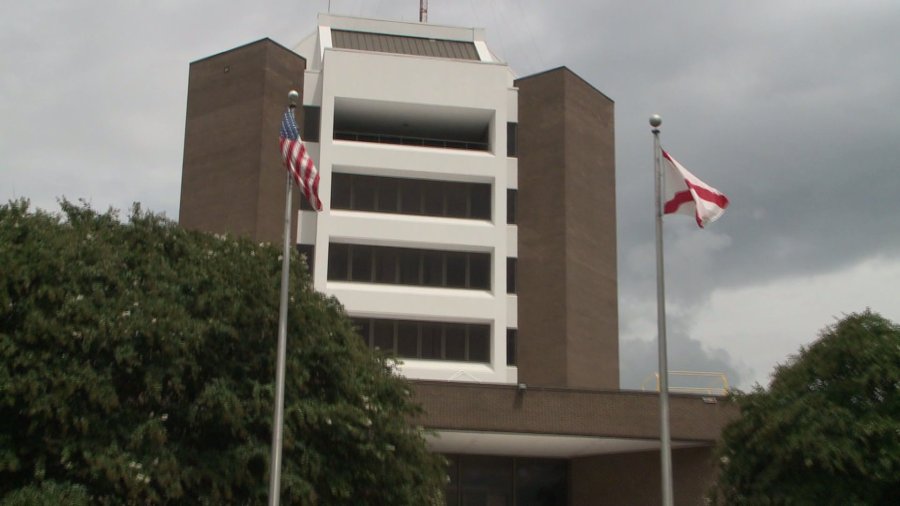