BAYTOWN, Texas (WIAT) — In Baytown, many residents of the coastal city are hunkering down for Hurricane Laura, now a monster Category 4 storm.

CBS 42’s Hillary Simon spoke to several residents who say they are worried but determined to stay put despite evacuation recommendations. The City of Baytown recommended a voluntary evacuation of ZIP codes 77520 and 77523.

Residents flocked to local stores Wednesday afternoon to stock up ahead of the hurricane’s anticipated landfall near the Louisiana-Texas state line late Wednesday or early Thursday.  The Hurricane Center has projected an “unsurvivable” surge with “large and destructive waves” in Texas and Louisiana.

Those planning to ride out the storm say they hope this isn’t another Harvey situation. The 2017 hurricane caused $125 billion in damage in 2017, according to the National Oceanic and Atmospheric Administration.

“[We bought] a lot of charcoal–because we were out of power for a whole week [during] Harvey–and a bunch of snacks. Nothing in the refrigerator,” Elva, a Baytown resident, told Simon.

Having weathered past storms, locals say they know the drill but the threat of power outages and store closures are top concerns.

“I was here for Harvey and it was a heck of a storm [with] lots of flooding, lots of rain,” said local electrician Willy Williams.

Other worries include the storm surge, rising waters, and most of all: loved ones.

“My sister, she lost everything last time. And that’s what worries me the most, is if she’s going to be OK,” said Elva.

THE LATEST | TRACKING THE TROPICS 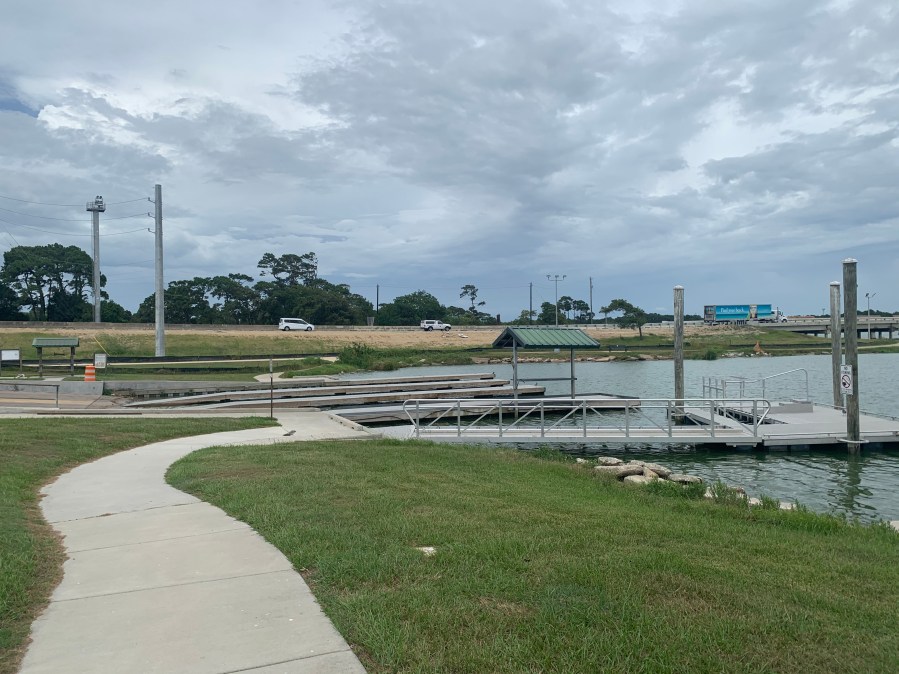