Lewis, a Troy native, died at the age of 80 last July, leaving behind a legacy of civil advocacy and civil service.

Born to sharecroppers on February 21, 1940, Lewis lived through the age of segregation in Pike County and was even denied the opportunity to attend Troy State College in his youth.He would also make his mark as a part of the Civil Rights Movement, having served as the chairman of the Student Nonviolent Coordinating Committee and taking part of the “Bloody Sunday” march on Edmund Pettus Bridge.

“John Lewis is a towering figure in American history, whose leadership and advocacy for non-violent change have left a lasting legacy for us all,” said Dr. Jack Hawkins, Jr., Chancellor. “Although Rep. Lewis once sought admission to then Troy State College as a young man and was sadly ignored, I am pleased to say that he became a friend to the University. He visited our campuses several times and was a profound influence on many of us. I am grateful to the Board of Trustees for choosing to honor this Pike County native with this name change.”

“I am proud of my fellow Board members for unanimously approving the resolution to honor Congressman John Lewis,” said Gibson Vance, President Pro Tempore of the TROY Board of Trustees. “John Lewis’ character, spirit and selflessness reflect the values we strive to embrace every day at Troy University.”

Troy University granted Lewis an honorary doctorate in 1989 and awarded him the Hall-Waters Prize in 2006 for his memoir “Walking with the Wind.”

“Naming this building in honor of Congressman Lewis is a great testament to the legacy of a man whose blood, sweat and tears continue to make Alabama and America a better place for all people,” said Lamar P. Higgins, Vice President Pro-Tempore.

Details for the dedication ceremony are set to be released soon. 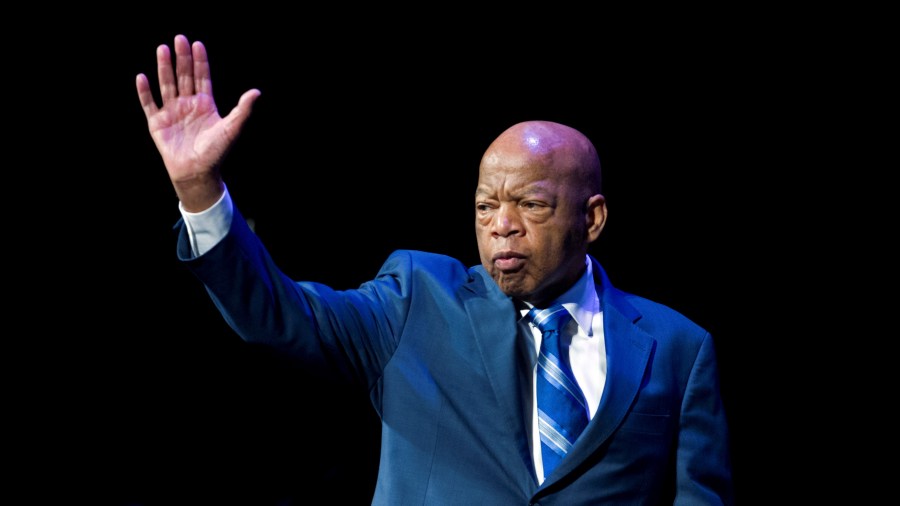