The statewide mask order will stay in place through Oct. 2, Ivey said.

“I wish we didn’t have to wear masks, but we have seen significant drops in our hospitalizations and daily positive COVID-19 numbers, and I have no doubt that this is the result of our mask ordinance,” she said. “Wearing a mask is simply the right thing to do.”

The new order contains language that would allow buffets, salad bars and drink stations to be used again by customers, provided there is an employee supervising to ensure people are maintaining safe distance from each other.

Ivey said people should remain diligent with their safety measures at high school football games, after recent concerns at several games throughout the state.

She also commended Tuscaloosa Mayor Walt Maddox and University of Alabama President Stuart Bell for the measures they have taken to address gatherings that have not met health and safety guidelines.

Dr. Scott Harris with the Alabama Department of Public Health said there have been improvements in the number of cases they’ve seen, as well as the number of deaths and hospitalizations.

He stressed that people need to be vigilant as children go back to school and college. He also said there are concerns about upcoming holidays and people mixing households.

“Labor Day has the opportunity to cause a lot of spread if people aren’t careful,” Harris said. “And so we really want people to pay attention and do the right thing.”

Harris also reminded people to get their flu shots, saying it was important to protect people from both the flu and COVID-19. 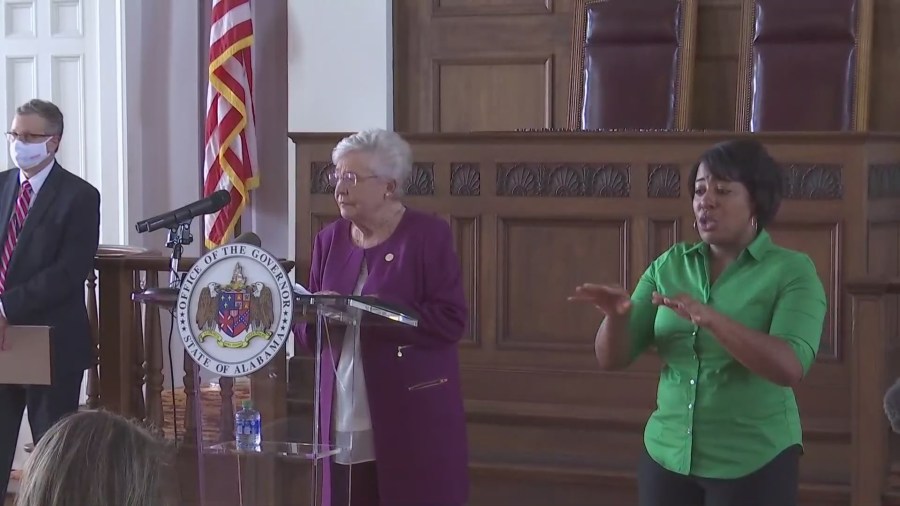