The disturbing cellphone footage shows Blake trying to get into an SUV his three young children were sitting in when an officer shoots him in the back seven times at close range. Police say a knife was found in the SUV, but they have said nothing about what role it may have played.

On Friday, reporters questioned Sheriff Beth about the video.

Reporter: “As the top law enforcement official in this county, do you see a problem, just from that video of what that officer did?”

Sheriff David Beth: “I think I answered, I did not see the video.”

Reporter: “You have never seen that cellphone video?”

Sheriff David Beth: “I’m sticking to the same thing I answered earlier. Yes, I have not seen…”

Reporter: “Do you have a problem with that, that you haven’t seen that video?”

Kenosha police officials have also been quiet in the aftermath of the shooting.

Police maintain they are not hiding information but can’t reveal other details while the case is under investigation. But the near-silence from the Kenosha department and state authorities is at odds with what an increasing number of American police forces are doing in the wake of high-profile shootings with the potential to cause unrest.

“The times have changed. What you may have done even a year ago doesn’t work now. We need to recognize the public outcry that is taking place and the need for information,” said Chris Burbank, a former police chief in Salt Lake City.

Even as new questions surfaced about the delayed arrest of a white teenager suspected in the shooting deaths of two protesters, police took no questions Thursday at a news conference where they focused on the response to the unrest.

Blake survived the shooting but is paralyzed, and it would “take a miracle” for him to walk again, family attorney Ben Crump said Tuesday.

Crump has said Blake was trying to do the right thing by intervening in a domestic incident. And an onlooker who recorded the widely seen cellphone video of the shooting said that he saw a group of women shouting at one another on the sidewalk and soon afterward saw officers wrestling with Blake. Those accounts have not been confirmed by police. 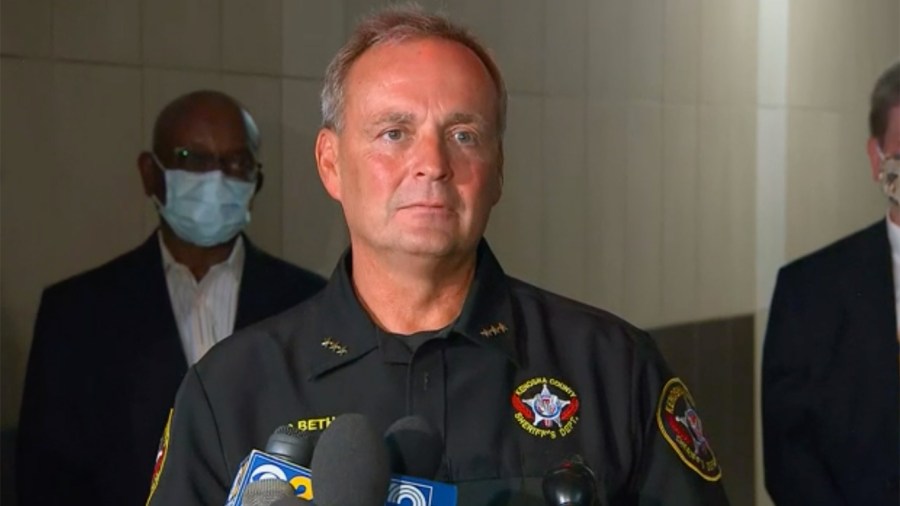