A nationwide call for racial justice is seemingly affecting everything, from corporate branding to, most recently, professional sports as we see athletes sitting out of games.

The topic is controversial and contentious, and on the minds of many college students as they return to class this fall. So with the national and global unrest, we asked, “How will colleges address the elephant in the room?”

Protests in the name of social justice are nothing new in America’s history, but eight minutes of cell phone video shifted the conversation on May 25th.

“George Floyd’s murder for some reason resonated at a particular time in history where we went from observers back to being participants,” said Preston Foster, the director of the Public Policy program at Oakwood University.

Nationwide demonstrations, from George Floyd to Breonna Taylor, Dana Fletcher here locally, Rayshard Brooks, and most recently Jacob Blake, prompted a new generation of civil rights advocates; many of them were jolted into awareness for the first time in February 2012.

Wilson knows that just as her generation leads today’s demonstrations, that same age range blazed the trail decades before.

“In the past with the Civil Rights Movement in the ’60s, a lot of the people involved with that, they were college kids. They were our age.”

Many of those participants are now returning to campus, so what role, if any, should colleges play?

“Young people are concerned about these issues so colleges have a vested interest in addressing this,” said community activist David Person. “It does not pretend well for our future to see these ongoing situations continuing unabated. Something has to change.”

“I think we should utilize [colleges] for the platform which they are, which they always have been,” said local businessman and former News 19 political analyst John Meredith. “That is that crucible of ideas, the exchange of ideas, the exchange of information, the different perspectives that a diverse university student body brings. We have to allow our institutions of higher education the ability to start that dialogue.”

At the University of Alabama in Huntsville, the Office of Diversity, Equity and inclusion at UAH aims to help students gain perspective by hosting conversations, events and offering resources. Now, they’re launching a new initiative, Diversity and Inclusion Student Leadership Alliance, led by students with the goal of furthering diversity and inclusion programs. The DISA ambassadors will receive diversity and inclusion training so they can be ready to help their peers tackle these topics this year.

Leaders on the Hill at Alabama A&M University look to the polls as an answer to the outcry nationwide.

“For me in June and this was after George Floyd’s murder, I was sitting at home and I was feeling hopeless and I can’t feel hopeless because I have to be able to model and encourage our students,” said professor Tonya Perry.

She and her colleagues formed the Coalition for Justice through Civic Engagement; the coalition and its volunteers educate and register potential voters on the Alabama A&M campus, and they hope to expand their efforts to the wider community.

In Florence, the Lions say their mission of inclusion is ongoing. From naming the commons after the school’s first black student, to placing a historical marker in front of the administration building to recognize the impact of people of color on campus.

“Allowing our students and our faculty and staff to have a division dedicated to hearing their voice, working on these matters, having discussions and dialogue and being able to talk through collaboratively, in hoping that we can broaden our worldview and perspectives on these issues,” said Ron Patterson, the university’s first vice president of diversity, equity, and inclusion.

The university has also founded the Mitchell-West Center for Social Inclusion to provide education research and advocacy.

The Ambassadors of the Seventh-Day Adventist university went a step beyond conversation, and created a scholarship in George Floyd’s honor, meant to bless a young man with the gift of education.

“What better way to memorialize Mr. George Floyd than to rally donors to his memory and bless some young man with the gift of education! Oakwood accepts the responsibility for guaranteeing that Mr. Floyd did not die in vain,” said Dr. David Richardson, Oakwood’s vice president for mission, enrollment services, and retention.

$10,000 has been raised for the scholarship so far. If you feel called to donate to the George Floyd Memorial Scholarship Fund to help support students pursuing a higher education, you can donate here.

OU has also created mentorship opportunities and workshops to address black men and their development.

In June, the University of Alabama removed three plaques commemorating former students who served in the Confederate Army. Those plaques, that once stood in front of Gorgas Library, will be moved to a “more appropriate historical setting.”

More than 19,000 University of Alabama students and alums signed a petition asking the UA board to change the names of buildings on campus whose namesakes have racist histories and to take down Confederate monuments. But they learned when it comes to the monuments at least, state law comes into play, protecting memorials that are more than 40 years old.

Then just earlier this month, the UA system Board of Trustees voted to change the name of Nott Hall to Honors Hall. The building was originally named after Josiah Nott, who helped found the medical college. But board members say Nott also used his theories on race to justify slavery. The change to honors hall is only temporary. The board will determine a new, permanent name at a later date.

This summer, UNA students created a petition calling for the university to change the name of Bibb Graves Hall. Although graves was an advocate for state education, the former governor also served as Grand Cyclops of the Montgomery chapter of the Ku Klux Klan.

Another building bearing the same name is now named after Civil Rights leader John Lewis.
The Troy University Board of Trustees voted to rename Bibb Graves Hall as John Robert Lewis Hall, effective immediately. The late Congressman Lewis was born to sharecroppers outside of Troy and was awarded an honorary doctorate from Troy University in 1989.

A field trip down to the Equal Justice Initiative’s Legacy Museum, and National Memorial for Peace and Justice for area college students put today’s events on a timeline that traces back through the Civil Rights Era, decades of lynching, and slavery.

A band of professors and community leaders introduced students from UAH, AAMU, Oakwood, and Drake State to the museum and memorial months ago. Now, after the events of this summer, the lessons learned in Montgomery stick with those students.

“This past summer, obviously George Floyd was killed and some of our students who went on that trip became leaders in protest here in Huntsville and across the country and I think it was because the connection that was made in Montgomery, that this is real for us. It’s recent. It’s not over. And the remnants of it are still flowing through our society,” said OU professor Preston Foster.

The trip includes students from different races, which Foster and Wilson said was beneficial then, and will continue to be beneficial for the next round of the continued trips to the museum and memorial, especially as the dialogue about social justice continues. 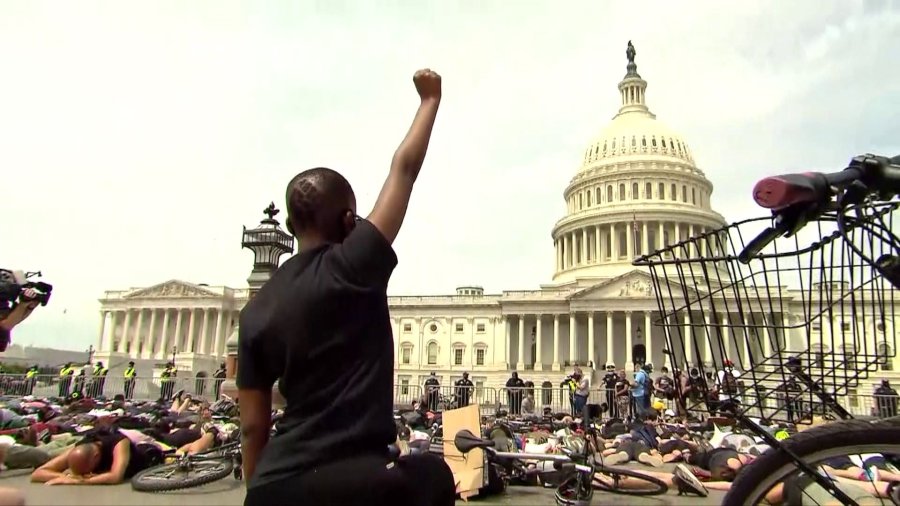