HUNTSVILLE, Ala. — As the ABC board’s curfew on alcohol sales heads into month two, a number of local bar owners are continuing to speak out against the policy.

Mark Komara, the owner of the Furniture Factory Bar and Grill in Huntsville says his gross sales have been down over 40 percent since late July when the ABC board instituted the statewide order which requires bars, restaurants, and clubs to stop serving alcohol by 11 p.m.

“There’s going to be several places shut down before December,” Komara said.

Komara added that his bar heavily relies on late-night traffic for income, and was forced to recently lay off four workers as a result of the curfew.

“It’s horrible. I mean they have bills to pay. I have a staff that, some of them have families. They work here, they make a good amount of money here, but it’s all been cut, almost in half,” Komara said.

“I mean being shut down for the 7 or 8 weeks that we were shut down in March, to now only being able to open up at 50 percent capacity, and then being hit by the 11 o’clock curfew, it just seems like one thing after another,” added Leslie Dice, a server at the bar.

The restriction was put into place by the ABC board based on research that shows alcohol consumption can make it more difficult to think clearly, and could likely inhibit socially distancing.

The city of Tuscaloosa recently decided to shut down its bars completely for 14 days in an effort to slow the spread of COVID-19. Komara, said he thinks the ABC should go county by county and only require bars in counties with high levels of COVID-19 to close at 11. 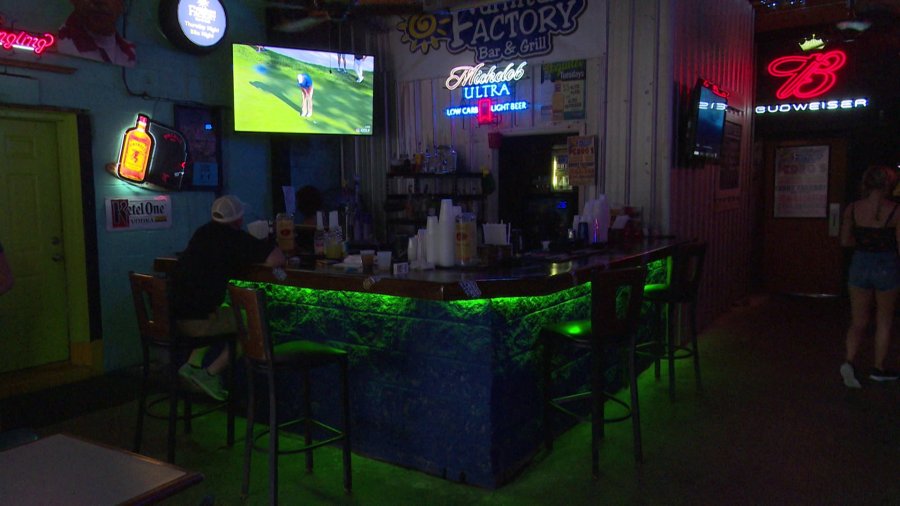