HUNTSVILLE, Ala. — A nursing home facility has seen 76 residents test positive for COVID-19, and a family member of one of those residents is asking for a rapid-testing device to help slow the spread.

Maureen Lokken is the niece of a 92-year-old resident of the long-term care facility Signature Healthcare of Whitesburg Gardens. Her aunt was diagnosed with COVID-19 this past week.

“The test results must dribble in because I got a call Friday night, late, 10 o’clock that my aunt tested positive the previous Tuesday,” said Lokken. Testing began at the facility months ago, but Lokken says she and the nursing home director was concerned about the turnaround time of the tests.

Rapid COVID-19 testing machines provide results in 5 to 15 minutes, much faster than current wait times, but only two nursing homes in Madison County have them. That’s why Lokken is looking to get one of those machines to Signature Healthcare.

“Currently, a test is done once a week on the staff and the patients and you wait for the results,” said Lokken. “So you know if the patient was negative that day, but they don’t get results until 6 days later… they could have contracted the virus the next day after the test.”

According to the Centers for Medicaid, facilities are prioritized to receive the point-of-care device based on certain criteria including:

Signature Healthcare of Whitesburg Gardens has a hotline set up with current status of COVID-19 numbers.

As of Monday, Aug. 31, the long-term care facility has seen:

“My gosh, who could qualify more than us? Now I’m looking at 50% positivity,” said Lokken. She adds that now, she would like to see the facility have a rapid testing machine.

“If we would have had that, at any given time, before now, and we don’t have it now, we could have prevented, possibly, the nine deaths,” said Lokken.

The Centers for Medicare and Medicaid Services expanded its list of nursing homes to be allocated rapid COVID-19 testing machines at the beginning of August. The list includes eight nursing homes in North Alabama.

The facilities receiving the devices include: 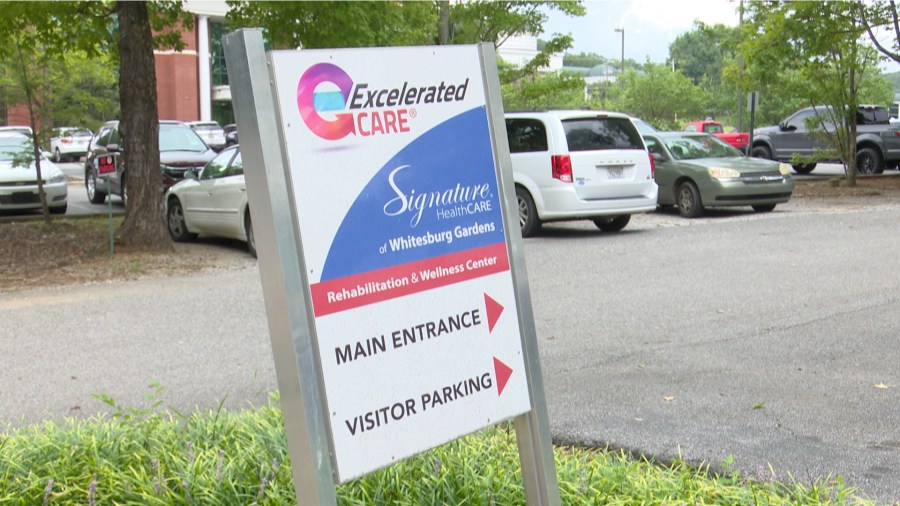