OVERLAND PARK, Kan. (WDAF) — Some residents in Overland Park, Kansas, have noticed a lawn filled with skeletons and snowmen. At first glance they thought someone was getting an early start on the holiday season.

However, it’s something much more profound than that.

Kenneth Torres, a retired biologist, decided to decorate with purpose. He pulled out his Christmas and Halloween decorations and modified them so that they displayed messages promoting mask wearing and social distancing.

Overland Park City Councilman Paul Lyons, who lives next door to Torres, said he was confused by the decorations at first.

Lyons said the city has been fighting an uphill battle against the virus, and that several attractions have had to close.

“One death on this is too many,” he said. “We want to do everything that we can to make sure that we are all safe for the holidays when they come around so that we can enjoy them.”

Torres was worried that he might receive hate from people who believe that we shouldn’t wear masks, but so far the response has been overwhelmingly positive. 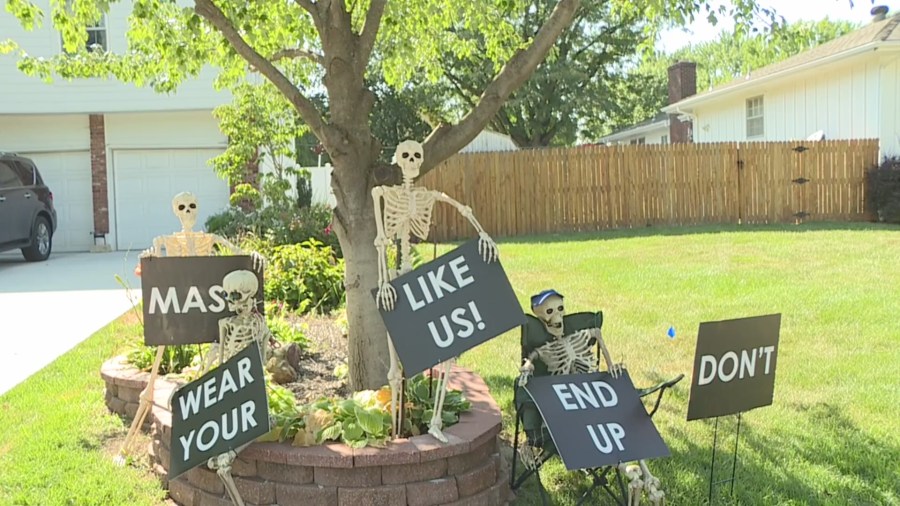