HUNTSVILLE, Ala. — There is growing concern this week over a budget shortfall that could potentially delay NASA’s plans to send astronauts to the Moon and on to Mars.

The additional cost has triggered a requirement for Congressional approval before the money can be doled out.

“The issue at stake here is whether or not the United States of America is going to lead, or continue to lead the world is space exploration. If we drop the ball, China will pick it up. I promise you,” said Mark McDaniel, a Huntsville attorney who sits on NASA’s Advisory Council.

McDaniel called the rocket, the most powerful ever built by the space agency and said the additional money would help ensure that NASA meets its goal of landing a man and woman on the Moon by 2024.

“We’re not looking at a one-shot Moon program here. We’re looking at establishing bases on the Moon and from there going to Mars,” added McDaniel.

Critics of the program have pointed to other priorities facing the country at the moment, including the ongoing battle against the coronavirus pandemic and rebuilding the economy. McDaniel said he views the continued funding of the rocket as key to tackling issues like global warming, inspiring the next generation to pursue careers in math and science, and bolstering the mood of the public amid the COVID-19 pandemic.

“I think it’s the best time in the world to inspire our youth to look to the heavens instead of necessarily looking at what’s going on.”

McDaniel said no layoffs tied to the project are expect if the funding doesn’t come through, but he does expect it to delay the launch of the rocket to the Moon and Mars. 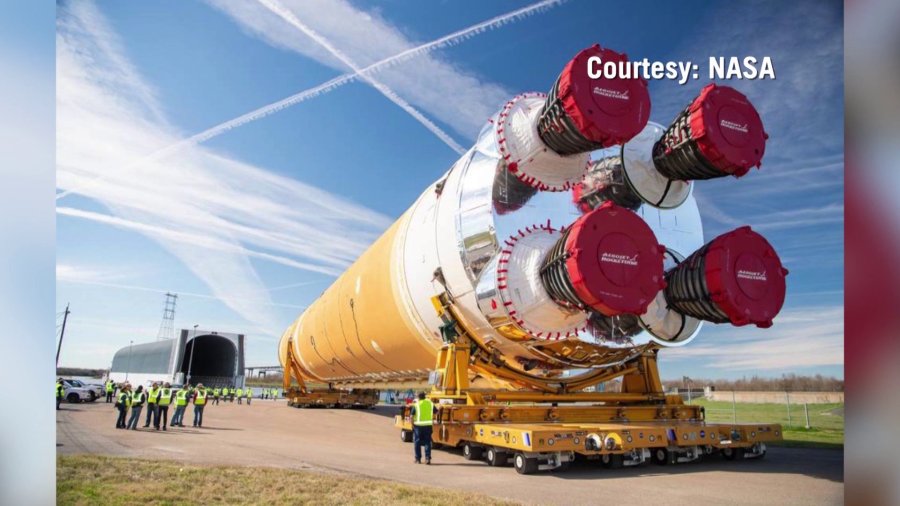