“If the states will not act in their police power to secure their streets, the President will use every lawful mechanism available to him to supplement their failures,” said White House Press Secretary Kayleigh McEnany.

“My administration will not allow federal tax dollars to fund cities that allow themselves to deteriorate into lawless zones.”

McEnany says in the next 14 days, Attorney General Bill Barr will make a list of what the White House calls “anarchist jurisdictions and lawlessness zones.” She said the White House Budget Director will offer options on how to withhold funds from those places within the next 30 days.

“We believe that what we do will be lawful, within the bounds of the law and yes, the President is serious about this,” said McEnany.

“We will examine those areas where funding can be tied,” said Ken Cuccinelli, Acting Deputy Secretary of Homeland Security. “Portland and other cities refuse to enforce law and order.”

He says he views the memo as a personal political attack.

“To even threaten to withdraw those resources because the president of the united states doesn’t like the mayors of those particular cities is both unconscionable and political,” said Wheeler.

He says holding funds from cities or states goes beyond any president’s authority.

“For the president to impound or withhold funds appropriated by Congress, that is not his constitutional role,” Lichtman said.

Democrat from Kentucky Congressman John Yarmuth, who chairs the House Budget Committee was critical of the President’s memo.

He too says withholding funds would be unconstitutional.

“Unfortunately there’s very little we can do to stop them, it’ll go to court.” 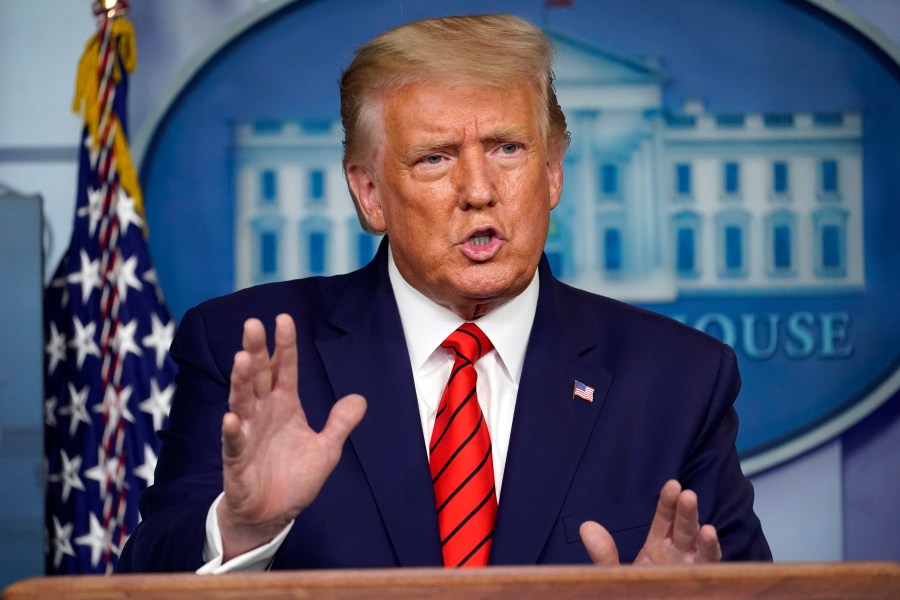