“I started to get a little concerned because you don’t feel typically the ground move that strongly here,” Jackson, a veteran and radio personality, said.

A 3.8 magnitude earthquake hit Pollard, Alabama about 10 a.m. Thursday morning, which is about 14 miles away from the shop.

The cafe’s owner, Lori Elder, said she was talking to Jackson when she felt the rumbles.

“All of a sudden, we feel something shaking and at first I think it’s just my girls upstairs bringing in a delivery,” Elder said. “Next thing I know I can feel it under my feet.”

The earthquake was felt all across the Florida/Alabama state line. There were some reports as far away as East Milton.

Flomaton resident Louise Stacey said she didn’t feel the earthquake, but it did knock down a tree branch onto her shed.

Jackson, who works at WPFL radio, said he took many calls from local residents like Stacey.

He said he’s lived in northern Santa Rosa County for many years, but the earthquake Thursday was the strongest he has ever felt.

“When you feel the ground move, you can automatically tell this is something serious,” he said.

There have been no reports of major damage at this time. 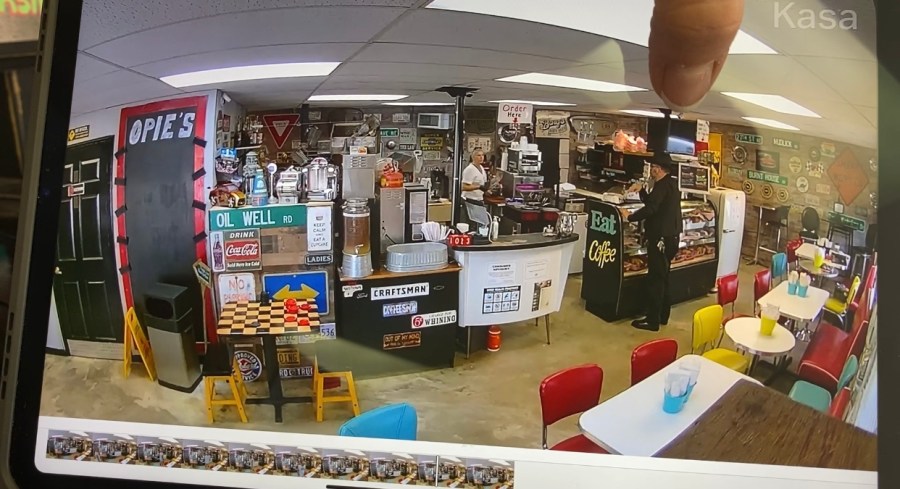