(CNN) — It’s been 14 years since the world lost Steve Irwin, and his loved ones are remembering his life and legacy.

Irwin, the former TV host known as the “Crocodile Hunter,” died in 2006 after being stabbed by the barb of a stingray as he was swimming off the coast of Australia.

Irwin’s wife, Terri, posted an emotional message on Twitter Thursday as she remembered the love they shared.

“This is a particularly poignant moment in time for me,” she said.

“Today marks 14 years since I lost Steve, after 14 wonderful years of marriage. I feel that I have a choice: celebrate love or struggle with grief. I choose love.”

His daughter, Bindi, posted a simple memory of her dad with the caption, “You’re always in my heart.”

Bindi’s husband, Chandler Powell, thanked his late father-in-law for inspiring him and let him know he would be so proud of his family for continuing his legacy.

“Thank you for inspiring me and the whole world to love all wildlife,” Powell said. “You would be so proud of Bindi, Terri and Robert carrying on the amazing work you started. We will all make sure your message lives on for generations.”

Irwin’s son, Robert, stuck to posing about his recent crocodile conservation trip as he follows in his father’s footsteps.

“It’s the end of our annual croc research trip,” he said. “39 crocs tagged this month bringing the total to 213 tracked over the last 13 yrs. Using state of the art solar tracking technology we’re learning so much about these remarkable animals-continuing Dad’s mission for croc conservation.”

Irwin’s family has continued his work as animal conservationist and wildlife expert. During the wildfires in Australia in January, the Irwins helped save over 90,000 animals. 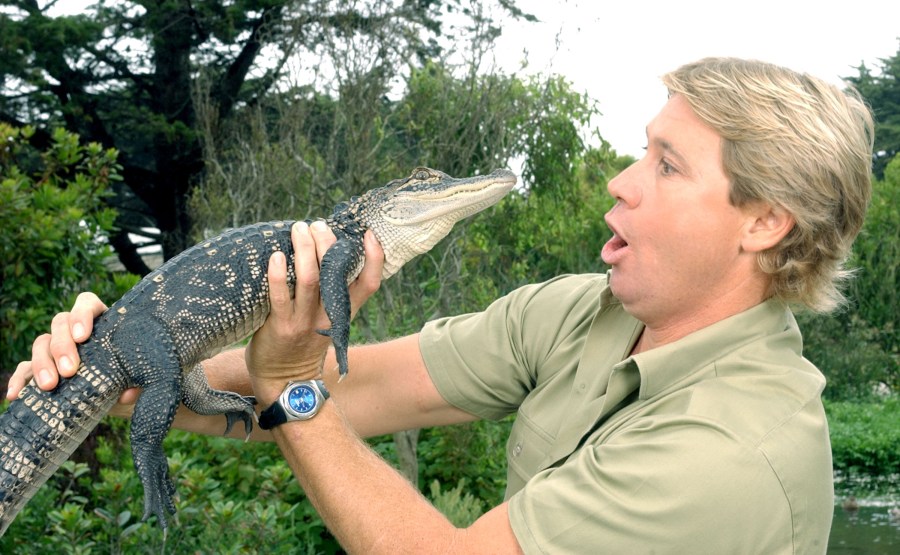