NEW YORK (AP) — Hall of Famer Lou Brock, one of baseball’s signature leadoff hitters and base stealers who helped the St. Louis Cardinals win three pennants and two World Series titles in the 1960s, has died. He was 81.

Dick Zitzmann, Brock’s longtime agent and friend, confirmed Brock’s death on Sunday, but he said he couldn’t provide any details. The Cardinals and Cubs also observed a moment of silence in the outfielder’s memory before their game at Wrigley Field.

Brock lost a leg from diabetes in recent years and was diagnosed with cancer in 2017.

“Lou Brock was one of the most revered members of the St. Louis Cardinals organization and one of the very best to ever wear the Birds on the Bat,” Cardinals chairman Bill DeWitt Jr. said in a release.

“He will be deeply missed and forever remembered.”

The man later nicknamed the Running Redbird and the Base Burglar arrived in St. Louis in June 1964, swapped from the Cubs for pitcher Ernie Broglio in what became one of baseball’s most lopsided trades.

Brock stole 938 bases in his career, including 118 in 1974 — both of those were big league records until they were broken by Rickey Henderson.

“Lou was an outstanding representative of our national pastime and he will be deeply missed,” baseball Commissioner Rob Manfred said in a release.

Brock’s death came after Hall of Fame pitcher Tom Seaver died Monday. Brock and Seaver faced each other 157 times, the most prolific matchup for both of them in their careers.

Along with starter Bob Gibson and center fielder Curt Flood, Brock was an anchor for St. Louis as its combination of speed, defense and pitching made it a top team in the ’60s and a symbol of the National League’s more aggressive style at the time in comparison to the American League.

“There are two things I will remember most about Lou,” former Cardinals teammate Ted Simmons said in a statement. “First was his vibrant smile. Whenever you were in a room with Lou, you couldn’t miss it — the biggest, brightest, most vibrant smile on earth. The other was that he was surely hurt numerous times, but never once in my life did I know he was playing hurt.”

The Cards were World Series champions in 1964 and 1967 and lost to the Detroit Tigers in seven games in 1968. Opposing teams were warned to keep Brock off base, especially in the low-scoring years of 1967-68 when a single run often could win a game. But the speedy left fielder with the popup slide was a consistent base-stealing champion and run producer.

A lifetime .293 hitter, he led the league in steals eight times, scored 100 or more runs seven times and amassed 3,023 hits.

Brock was even better in postseason play, batting .391 with four homers, 16 RBIs and 14 steals in 21 World Series games. He had a record-tying 13 hits in the 1968 World Series, and in Game 4 homered, tripled and doubled as the Cardinals trounced Detroit and 31-game winner Denny McLain 10-1.

Brock never played in another World Series after 1968, but remained a star for much of the last 11 years of his career.

He was so synonymous with base stealing that in 1978 he became the first major leaguer to have an award named for him while still active — the Lou Brock Award, for the National League’s leader in steals. For Brock, base stealing was an art form and a kind of warfare. He was among the first players to study films of opposing pitchers and, once on base, relied on skill and psychology.

In his 1976 memoir “Lou Brock: Stealing is My Game,” he explained his success. Take a “modest lead” and “stand perfectly still.” The pitcher was obligated to move, if only “to deliver the pitch.” “Furthermore, he has two things on his mind: the batter and me,” Brock wrote. “I have only one thing in mind — to steal off him. The very business of disconcerting him is marvelously complex.”

Brock closed out his career in 1979 by batting .304, making his sixth All-Star Game appearance and winning the Comeback Player of the Year award. The team retired his uniform number, 20, and he was inducted into the Hall of Fame in 1985 in his first year of eligibility.

The soft-spoken Brock was determined no matter the score and sometimes angered opponents and teammates by stealing even when the Cards were far ahead. He also made two damaging mistakes that helped cost St. Louis the ’68 World Series.

After his playing career was over, Brock worked as a florist and a commentator for ABC’s “Monday Night Baseball” and was a regular for the Cards at spring training. He served as a part-time instructor while remaining an autograph favorite for fans, some of them wearing Brock-a-brellas, a hat with an umbrella top that he designed.

Brock had been a nominal churchgoer since childhood, but his faith deepened after enduring personal struggles in the 1980s and he and his third wife, Jacky, became ordained ministers serving at Abundant Life Fellowship Church in St. Louis. He would speak of having “a “Holy Ghost-Filled Alarm Clock” whenever tempted to resume his previous ways.

“Your old lifestyle’s not going away; it’s going to be around you for a long time. But you’ll find it has no room to enter,” he once told The Christian Broadcasting Network.

Brock was married three times and had three children, among them Lou Brock Jr., a former NFL cornerback and safety.

The seventh of nine children, Lou Brock Sr. was born in El Dorado, Arkansas, and grew up in a four-bedroom shack in rural Collinston, Louisiana. His introduction to baseball came by accident. Brock had spat on a teacher and for punishment had to write a book report about baseball, presumably to teach him about life beyond Collinston.

A star athlete in high school, he was accepted into Southern University on a work-study scholarship, nearly failed, but remained with the college when a baseball tryout led to an athletic scholarship. Brock signed with the Cubs as an amateur free agent in 1960, made his major league debut late in the following season and was in the starting lineup by 1962.

After batting just .251 with Chicago at the time he was traded in 1964, Brock hit .348 with 33 steals the rest of the way, helping St. Louis overtake Philadelphia and win the pennant. Meanwhile, Broglio was finished by 1966. He was an 18-game winner in 1963 but, as the Cubs would discover, had ongoing arm problems and never reached double digits in victories again.

”(Broadcaster) Brent Musburger was just out of college when the trade was made,” Brock told MiLB.com in 2010. “They sent him in to do the story. It was his first assignment. The content of the interview led to a headline in the paper, ‘Cubs pull off greatest steal since the Brink’s Robbery.’ 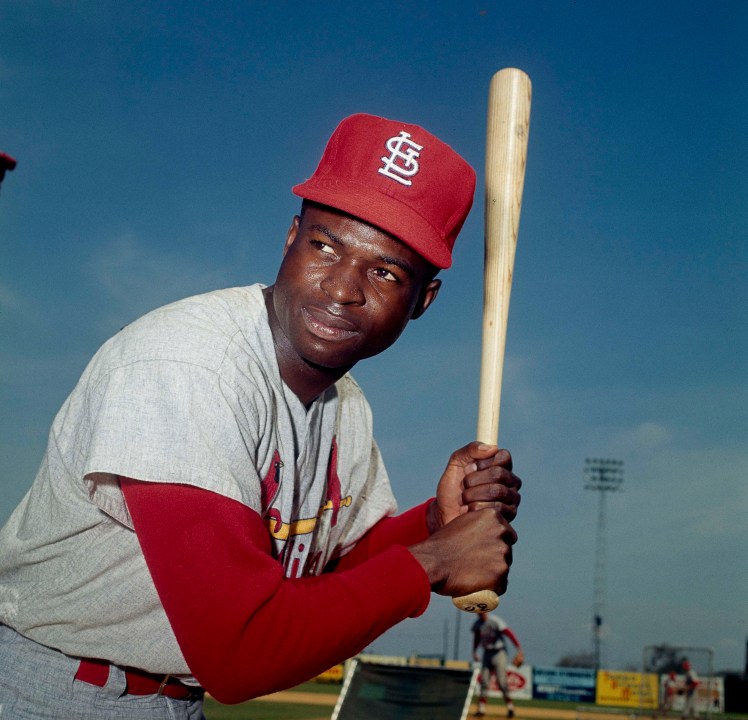