HUNTSVILLE, Ala. – We’ve all been there, too tired to cook so you order take out or delivery. Food delivery apps have exploded in popularity lately and most people know the service has a risk of an order being incorrect. But what about when your meal comes from a totally unexpected kitchen?

One Huntsville man made quite the fuss on Reddit Monday night, claiming he was “catfished” on DoorDash by what he thought was a new local kitchen.

The user said he ordered from a place called It’s Just Wings, which has no record of address in Huntsville.

The man said his delivery driver confirmed he picked the order up from Chili’s in Jones Valley.

Of course, News 19 had to confirm this was actually happening, so we placed a lunch order.

The DoorDash app showed a map of where the restaurant was located, after tapping an icon it revealed the message “pick up at Chili’s”.

When the delivery driver arrived, he confirmed that’s what he did.

The driver said he was confused when he pulled up to retrieve the order.

News 19 contacted the Jones Valley Chili’s location and an employee explained what has been taking place.

“It’s a thing through DoorDash, we make the food under what they call a virtual kitchen experience. We just provide the food that is their product, and send it through the DoorDash carrier,” she said.

So the questions are, why isn’t this made clear prior to submitting an order, and is the food the same?

A spokesperson with Brinker International, which is Chili’s corporate office, said It’s Just Wings is the newest addition to its restaurant group.

According to the company, It’s Just Wings is a virtual, delivery-only Brinker brand that is exclusive to the DoorDash app. The new restaurant is said to operate out of more than 1,000 Brinker-owned (Chili’s and Maggiano’s Little Italy) kitchens across the country.

Brinker made it clear that It’s Just Wings is a separate and distinct brand. When we asked the company about the food, it talked about how the food is made but did not specify how the food is different.

We also reached out to DoorDash to see if there was a way to make this relationship more obvious to users. We have not yet received a response on that.

It’s safe to say buyers should be mindful when online ordering. Especially when it comes to trying unfamiliar places.

But this is not the only virtual kitchen listed on delivery apps. Chuck E. Cheese is also operating similarly with a venture called Pasqually’s Pizza and Wings. 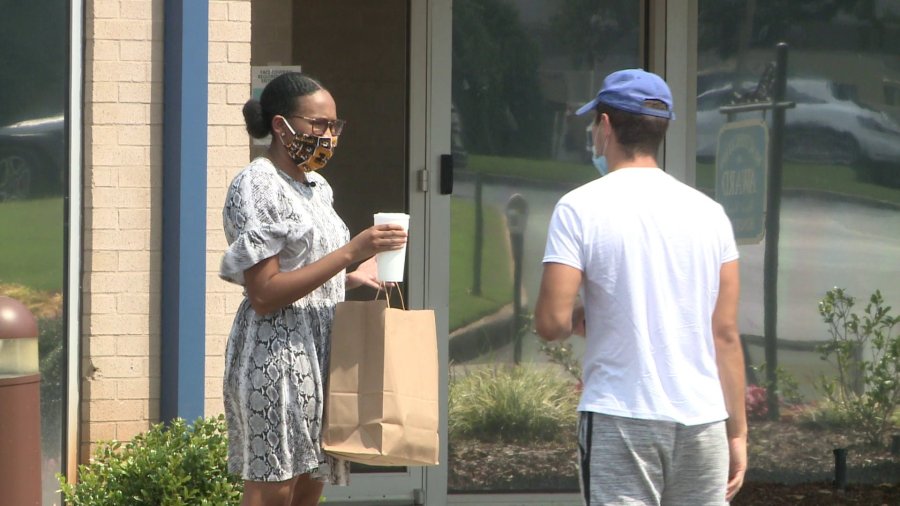