HUNTSVILLE, Ala. – Calls to remove the Confederate monument outside the Madison County Courthouse continued on Tuesday with a Move the Monument rally. The rally was also to remember a Black man who was lynched in Huntsville in 1904, Horace Maples.

On September 7, 1904, Horace Maples was lynched on the east side of the town square outside the Madison County Courthouse after being accused of murdering a local farmer. A year later the Daughters of the Confederacy installed that very same monument at the courthouse.

As activists continue to call for that monument to be removed, they paused to remember Maples’ passing.

News 19 spoke with Dr. Brent Aucoin about what happened during the time when Maples was accused of murder and lynched before there was ever a trial. Aucoin is a history professor at Southeastern Baptist Theological Seminary and the author of A Rift in the Clouds: Race and the Southern Federal Judiciary, 1900-1910.

“Let’s go back to September the 7th, 1904,” That night a mob of people went to the jail where Horace Maples was being held and made demands.

“They converged on the jail, demanded that they be given Horace Maples. When law enforcement officials initially refused, some people set fire to the jail,” said Aucoin.

The fire force Maples into the crowd and that is when the mob took his life.

Some members of the mob were later federally indicted for crimes related to Maples’ death.

“This campaign was ultimately to get across the message that in the South, in Alabama, whites were going to be in charge. Whites were supreme,” said Aucoin.

If you’re interested in learning more about the history of Horace Maples and the history of the Confederate monument, here is the full 20-minute interview with Dr. Aucoin. 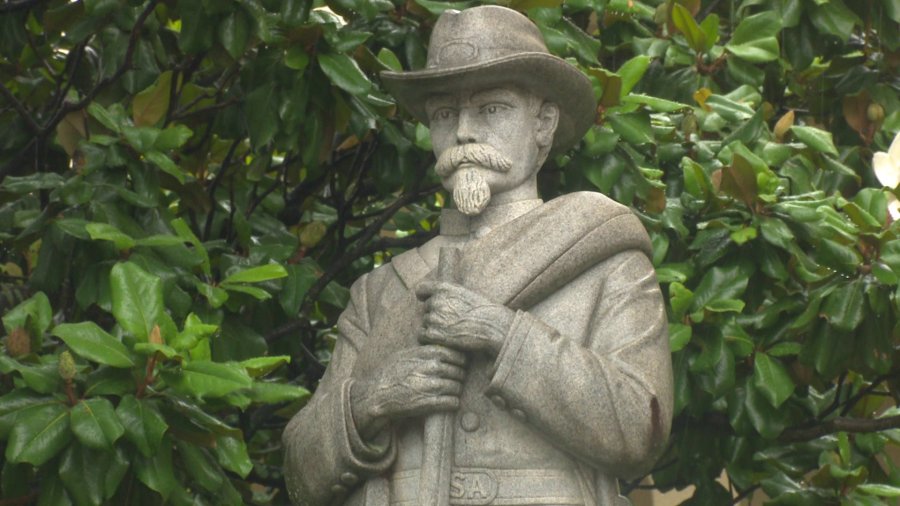