Upcoming film made entirely in Alabama

SOMERVILLE, Ala. – News 19 was able to have access to watch the final night of filming for the upcoming supernatural thriller, Dark Entities, which was filmed entirely in North Alabama.

The film follows three siblings who inherit a mysterious house. It was written and directed by Somerville native Brandon McLemore. He’s also starring in the film as Wes Winters. McLemore started writing the film back in 2015 and set the scene in a 1970’s Huntsville.

“You know, we don’t get a lot of opportunities like that around here. Everything [is filmed in] Atlanta or Mew York or LA, and I felt like this was something that the people of North Alabama could get behind,” McLemore said.

Not only is the film set and filmed in the Tennessee Valley, but the actors have close ties too. Every one of the sixteen actors in the movie are from Madison and Morgan County.

Casting began in the beginning of the COVID-19 pandemic, then came pre-production. McLemore didn’t let the situation deter him, instead adapting.

“I auditioned virtually and didn’t think anything about it. I was like, ‘oh I won’t, I won’t get that, but I got the part!” said actor Angela Moore. Moore’s character is Jackie Hyatt, a parapsychologist.

Dark Entities is ranked 26th of 401 movies on IMDB’s Most Anticipated Films of 2021.

“We’re up there in the top of that list with the upcoming Conjuring 3, the Halloween sequel, the new Addams Family movie, there are so many big name movies and we’re hanging up there with them in the top slots and that’s something really unheard of for a movie in North Alabama,” McLemore said.

The fulm is getting buzz from all corners of the internet, but McLemore isn’t letting it go to his head. He has no plans to stray from the big finale he’s envisioned.

“[We’re] looking at premiere it here since we are supporting North Alabama,” he said.

McLemore and his team are shopping the movie around to various streaming services to hopefully bring it to what McLemore hopes is the widest audience possible. The film is expected to premiere or be available to stream in the summer of 2021. 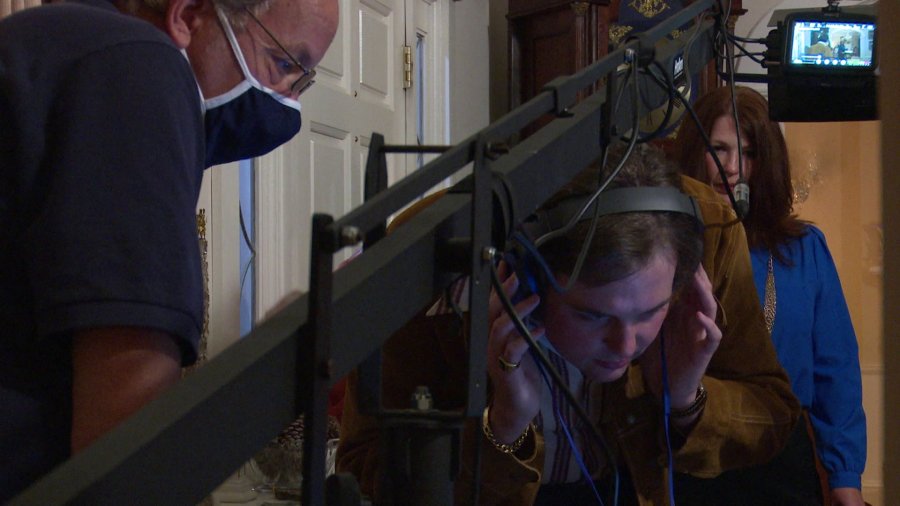