DECATUR, Ala. – Many long-term residents at a Decatur campground have been left wondering where they will live following a city council vote Tuesday evening.

The Decatur City Council passed a plan converting Section A of the Point Mallard Campground into short-term leasing.

“My emotions were very upset. Our family oriented neighborhood is being destroyed,” said Ray Presley who has lived at the campground for three-and-a-half years.

A statement released by the Point Mallard Campground read in part: “These changes will allow more campers to enjoy our beautiful park.”

Approximately 52 families living in Section A will be able to move to other sections of the campground, but many long-term residents said they’re flood prone.

“People that leave their campers here, we had to call them and get authorization [and say] hey your camper is going to flood. We need to get it out of here,” said campground resident Johnny Winninger.

Presley, a snowbird who lives in Fort Myers, Florida eight months out of the year, cited upcoming rental increases and a City Council decision to begin enforcing a floodplain ordinance requiring people living in homes without permanent foundations to move campground locations twice a year, as reasons he plans to move out.

Long-term Point Mallard residents living in Section A will be asked to move to another section of the campground by December 25. Rate increases, also approved by the city council, are set to go into effect on January 2. 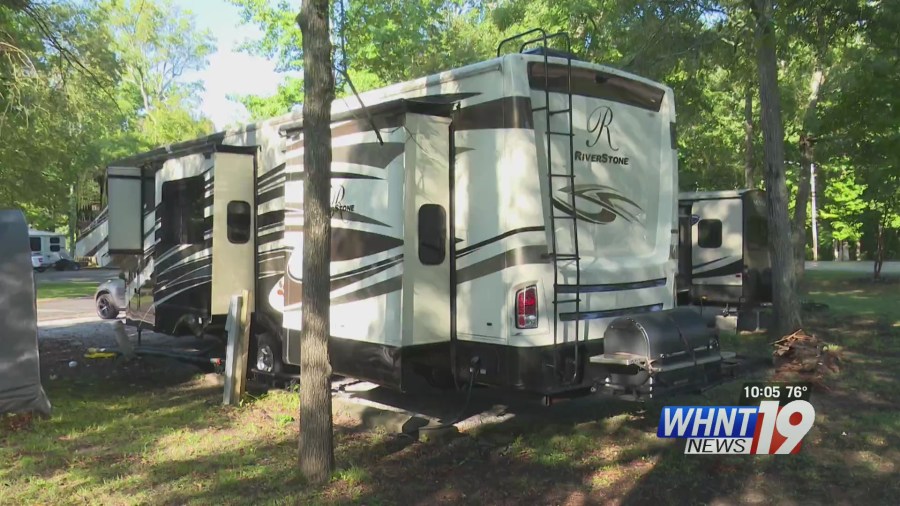