NASHVILLE, Tenn. (WKRN) — Titans offensive lineman Isaiah Wilson was arrested and charged with driving under the influence in Nashville Friday.

According to an affidavit, a witness saw Wilson’s car traveling at a high rate of speed and doing donuts at the intersection of 25th Avenue North and Charlotte Avenue. The statement said Wilson eventually lost control of his vehicle and struck the concrete wall on the outbound side of Charlotte Avenue. He was driving his Dodge Challenger.

The report stated Wilson admitted being the driver of the vehicle and that he was having car problems, and that’s what caused the crash.

The affidavit said Wilson smelled like alcohol and his eyes were watery. He was given field sobriety tests and police said a breath test showed he had a blood-alcohol level of .107. He admitted to Metro Police he had two margaritas before driving.

The Titans released the following statement to News 2:

“We are aware of the situation. This is not conduct that is indicative of the character of our football team and we are working through details on how to proceed.”

Wilson was the Titans first-round selection in the 2020 draft out of the University of Georgia.

The 21-year-old began training camp on the COVID-19/reserve list, which was a designation for players who have either tested positive for COVID-19 or have come into close contact with someone who has tested positive.

After coming off the list in early August, the right tackle was later issued a trespass warning after attending a party near TSU’s campus.

Wilson has currently found himself back on the COVID-19/reserve list for the second time and is not part of the team’s active roster ahead of their season opener in Denver.

Wilson’s bond was set for $1,000 and he war released from the Davidson County Detention Center at 1:30 a.m. Saturday. 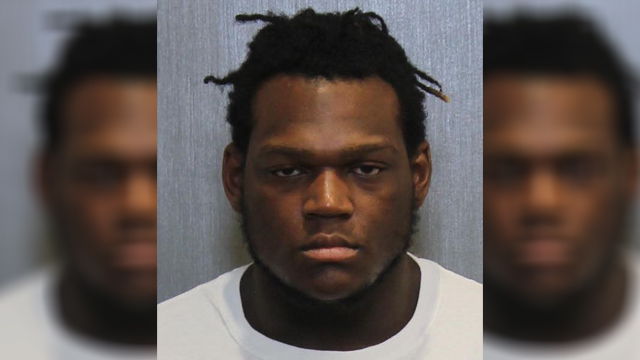