MONTGOMERY, Ala. (WDHN) — As Tropical Storm Sally continues to churn in the Gulf of Mexico, Alabama Governor Kay Ivey is asking residents to remain aware of the latest forecasts over the next few days as the system moves toward the northern Gulf coast.

“As we head in to a new week, we are keeping a close eye on Tropical Storm Sally.” Gov. Ivey said in a statement released late Sunday morning.

“It is likely that this storm system will be impacting Alabama’s Gulf Coast. While it is currently not being predicted as a direct hit to our coastal areas, we know well that we should not take the threat lightly,” she said.

Governor Ivey expressed her concern for residents to our west as the system moves in that direction: “We offer our prayers and support to our friends in Louisiana as they are expected to once again be in the path of severe weather.”

Alabama’s Emergency Management team along with local and regional emergency management agencies are monitoring Tropical Storm Sally’s progress. The main threat to portions of south and southwest Alabama will likely come from copious amounts of rain, according to forecasters. Tidal surge may also become problematic for coastal Mobile and Baldwin Counties, according to the National Weather Service.

“I urge everyone to stay tuned in to your local, trusted weather news source and to remain aware as this storm approaches,” the Governor said.

“While COVID-19 remains a threat, do what you can to protect your health, but if necessary, remember that getting yourself and your family to safety in the event of severe weather takes precedent. We will continue monitoring everything from the state level. Stay vigilant, Alabama.” 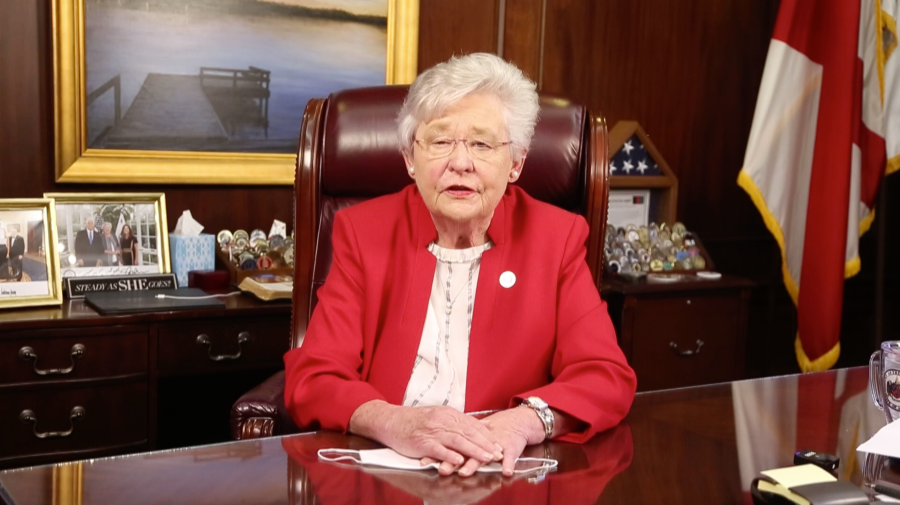