GUNTERSVILLE, Ala. – One Brindlee Mountain Primary School student with disabilities got a fun birthday surprise this week.

Ford said when Helmick started school, he was weary of the deputy.

However, that did not deter Ford. After coming by to speak with Helmick every day, he slowly opened up with talking and fist bumps.

Ford told News 19 that now, Helmick is very outgoing and friendly towards him.

He said Helmick will run up and say hello to him and start pushing all the buttons on his uniform, such as his body-work camera and flashlight.

Ford says building relationships between law enforcement officer and students at a young age is important could help them in the future.

“You never know what kind of impact, especially at a young age, you may have on their life and actually may change some of their opinions in life. When kids get older, A lot of them that are scared of officers as a child, they won’t come to them, won’t open up to them when they need help. So, if you build a relationship with them and see that they’re the good guys and here to help them, it helps them in the future I feel,” explained Ford.

Helmick’s grandmother told News 19 the ride in the patrol vehicle was very fun and exciting for Helmick. 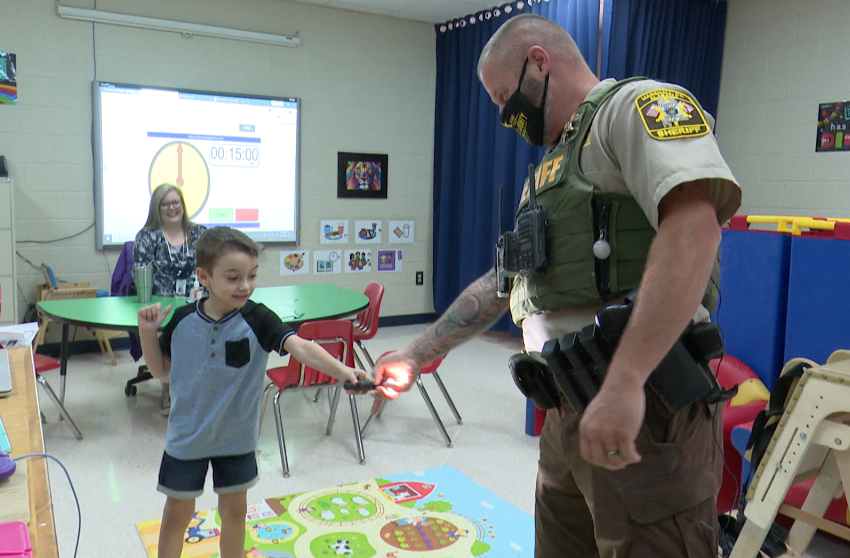