WASHINGTON (NewsNation Now) — After weeks of stalled negotiations on a new stimulus relief bill, Democratic and Republican leaders both expressed a willingness to work together again but they are still hundreds of billions of dollars apart from each other and from the White House, on their respective stimulus measures.

Pelosi asserts Democrats have been the more flexible party on negotiations for a stimulus package.

Under her leadership, Democrats’ HEROES ACT called for more than $3 trillion for various stimulus measures. Pelosi and Senate Democratic Leader Chuck Schumer have since come down to a $2.2 trillion package.

Republicans’ most recent stimulus package, introduced last week in the Senate, totaled somewhere between $500 billion and $700 billion. The bill, according to sources within Republican Senate Majority Leader Mitch McConnell’s office, called for $300 billion in new spending and hundreds of billions more in additional funding that was repurposed from previous stimulus measures.

The Republican bill is about $800 billion less than where President Trump stands. The President expressed support for larger deal worth $1.5 trillion Wednesday.

“Oh I want to be back at the negotiating table,” said House Republican Leader Kevin McCarthy. “I don’t believe Speaker Pelosi actually wants to come to an agreement.”

“No, we put $100 billion already toward the states,” said McCarthy. “I think the states need help and assistance, we’re more than willing to help with that.”

Palmer said he wants a deal, but said Democrats included too many non-pandemic related issues in their bill.

“It needs to be directly related to what the businesses and states are dealing with,” said Palmer

Michigan Democrat Dan Kildee says both sides agree on many of the most important priorities like funding for testing, schools and unemployment. He said Republicans, mainly Sen. McConnell, have to meet Democrats halfway on spending.

“He was at a trillion, now he’s at a half a trillion. Back home we’d call that bad faith negotiation,” said Kildee. 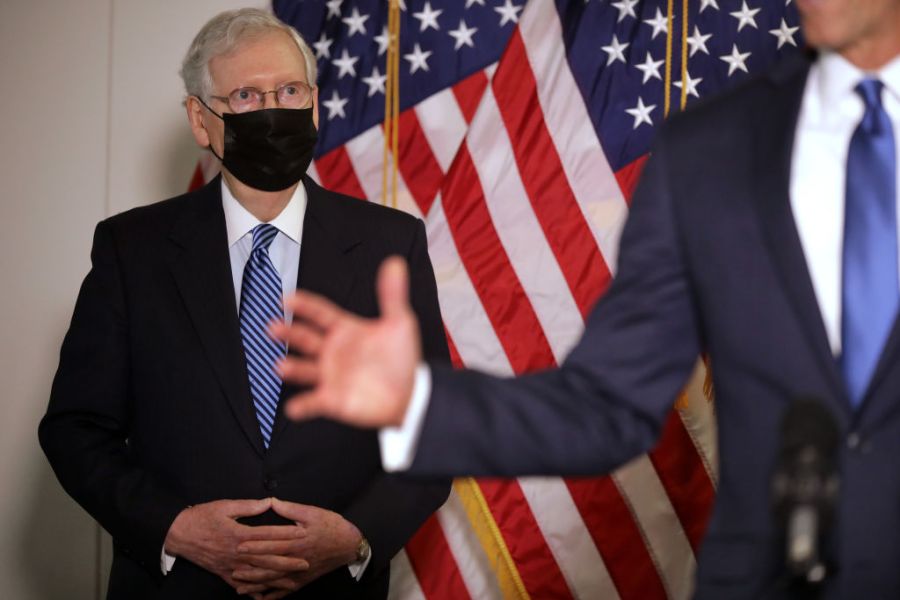