Officials who toured the areas damaged by Hurricane Sally Friday said it’s some of the worst damage they had ever seen.

Alabama Gov. Kay Ivey visited the Alabama Gulf Coast to get a look firsthand at the destruction left behind by Sally’s run through earlier in the week.

“We knew that Hurricane Sally had the potential to be a devastating storm, but y’all — it’s really bad,” Ivey said after a flyover tour of Gulf Shores, Orange Beach and Fort Morgan.

U.S. Rep. Bradley Byrne also was there to look at the damage and said Mobile and Escambia counties were hit hard, but Baldwin County was in worse shape.

Tens of thousands of people in the region are still without power. Ivey said utility crews were working to restore power. She also said they had received requests of aid in the form of ice, water and food for several areas, and that those applies should be going to affected areas soon.

Baldwin County Commissioner Billie Jo Underwood said even though the storm is gone, people still needed to be careful. She asked people to not drive around barricades and make sure there’s room on the roads for utility crews and first responders to get into storm-damaged areas.

“I want to stress that we need to continue to have patience,” she said.

A second death being attributed to the storm also was reported Friday. Officials said that death was related to storm cleanup in the Foley area.

The first death attributed to Sally was an apparent drowning in Orange Beach on Wednesday, as the storm dumped heavy rains. 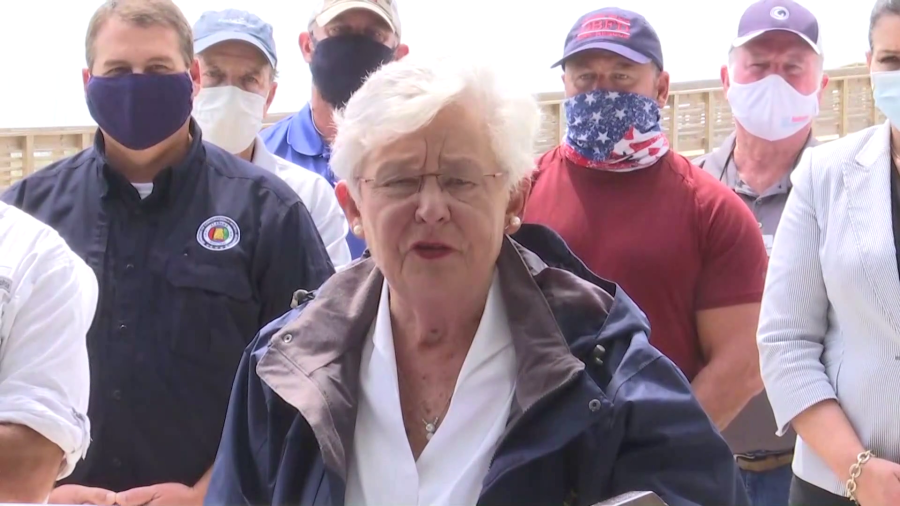