Tuberville is working to close that with a fundraiser planned for next week.

Tuberville moved from Florida to run for the Alabama U.S. Senate seat and his primary opponent, Jeff Sessions, tried to argue Tuberville was a Florida man, not an Alabamian. The fundraiser set for Monday will be in Jacksonville, Florida.

A Tuberville campaign flyer says the event will be at the Church of Eleven22 in Jacksonville. It’s $250 a couple, with suggested contributions ranging from $1,000 to $5,600, the flyer says.

“It makes sense that Tuberville is returning to Florida to campaign. It’s his home state. Coach clueless lived, worked and voted in Florida and only recently moved to Alabama to run for Senate, and he still doesn’t understand the kitchen table issues that matter to Alabamians.”

“The address of the contribution might have mattered a long time ago, but today I’m not sure it matters that much,” Brown said. “Also I just don’t see how the Jones campaign can in any way attack Coach Tuberville for receiving out of state money when Senator Jones has received substantially more, from a wider range of places.”

Campaign finance records show Jones has received the largest share of campaign funds from California, at $1.63 million, followed closely by Alabama at $1.56 million, New York at $1.3 million, Massachusetts at $488,000 and Texas at $309,000.

The Tuberville campaign didn’t directly address Friday why they’re holding the fundraiser in Florida, but they did comment, saying:

“Doug Jones has raised more than $8 million from out-of-state liberals in places like California, New York and even Europe, so we have to combat his money advantage with our own fundraising efforts.”

Analyst Brown did question the wisdom of holding a fundraiser in a church. Tuberville’s largest individual contributor is co-owner of the well known Flora-Bama Bar in Perdido Key. 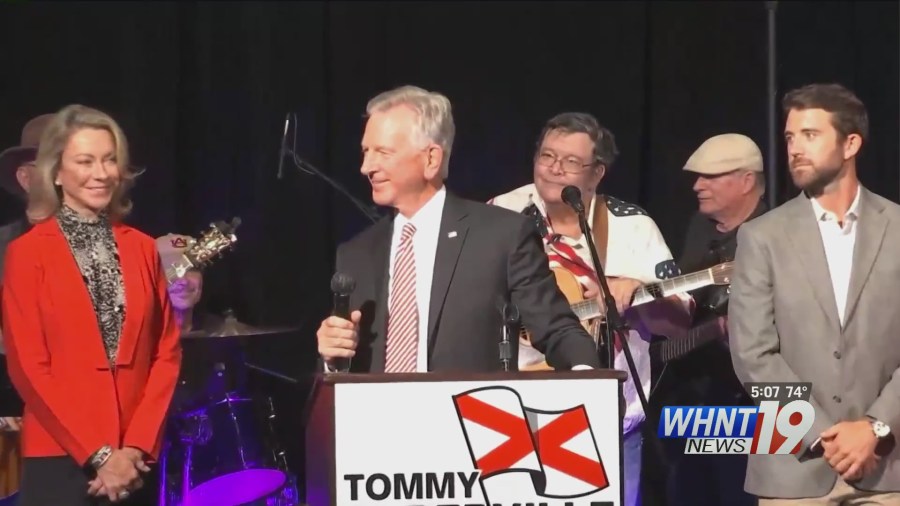