The death of the nation’s second female Supreme Court jurist instantly set off speculation about the balance of the court and the Senate’s ability to confirm a justice prior to the instillation of a new president.

Ginsburg’s death could dramatically alter the ideological balance of the court, which currently has a 5-4 conservative majority, by moving it further to the right.

On Friday, McConnell wasted no time indicating that he would push forward with the nomination despite the precedent he set four years ago.

In a full statement, McConnell acknowledged Ginsburg’s career before attempting to explain how this election cycle is different.

Senate Minority Leader Chuck Schumer used McConnell’s own words to call for a delay in the nomination process.

“The American people should have a voice in the selection of their next Supreme Court Justice. Therefore, this vacancy should not be filled until we have a new president,” the New York Democrat tweeted, echoing 2016 McConnell.

The vetting and confirmation of new nominees frequently takes months, suggesting a confirmation before the November election will be logistically improbable. An attempt to force through the nomination will also put vulnerable Senate Republicans in a difficult position as they vie for re-election.

A handful of Republicans, including Alaska’s Lisa Murkowski, have previously signaled a reluctance to carry out the nomination process this election year. 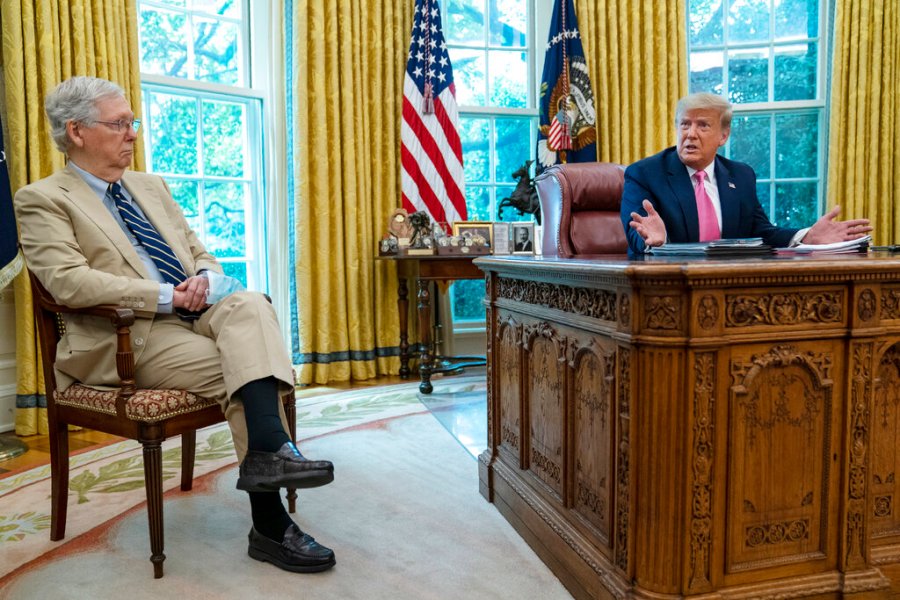