NASHVILLE, Tenn. (WKRN) — The Tennessee Titans (1-0) are ready for their first home game of the season, set to host the Jacksonville Jaguars (1-0) on Sunday at Nissan Stadium.

Earlier in the week Titans top receiver AJ Brown landed on the injury report, missing back-to-back practices. On Friday, head coach Mike Vrabel said he would not play on Sunday. Brown is dealing with a knee injury and there is no timeline for when he might return.

Rookie running back Darrynton Evans has also been ruled out (hamstring) and will miss his second straight game.

KING OF THE JAGS–

The good news is Derrick Henry has been historically excellent when facing the Jags. In eight career games against Jacksonville, Henry has more yards (714) and touchdowns (nine) than he has against any other team — not to mention the 99-yard run he had against Jacksonville in 2018. The Titans are 6-2 in those games.

Ryan Tannehill will get plenty of use from his dynamic back, but he is also showing confidence in his other weapons, including wide receiver Corey Davis, who had over 100 yards receiving last Monday night vs. Denver. Tight Ends Jonnu Smith, Anthony Firkser and MyCole Pruitt were also active in the team’s season opener and are always a reliable option.

While Vrabel expects kicker Stephen Gostkowski to be much better on Sunday, the team doesn’t want to settle for field goals when entering the Red Zone, touchdowns are preferred- and this is something the offense focused on heavily in practice.

The Titans defense will have its hands full with a Jaguars offense, led by second-year quarterback Gardner Minshew, who last week only had one incompletion in their win over the Colts. Minshew’s cupboard is full of talent as well including; DJ Chark, Laviska Shenault Jr., and Keelan Cole. Undrafted free agent running back James Robinson will also be utilized. The bowling ball back had 62 yards rushing in his NFL debut versus the Colts.

BRING ON THE PASS RUSH-

Getting Minshew out of a rhythm early could be key for this Tennessee defense. Outside linebacker Vic Beasley is expected to make his Titans debut this weekend, and if you add Jadeveon Clowney, Harold Landry and Jeffery Simmons to the mix, this could be the perfect time to stir up the pass rush that all Titans fans have been dying to see.

QUESTIONS IN THE SECONDARY-

There is still some uncertainty in the Titans secondary. Cornerback Adoree’ Jackson is out, and Malcom Butler is questionable, so rookies Kristan Fulton and Chris Jackson will have to learn and adapt quickly.

The Titans will meet the Jaguars on Sunday afternoon, kick off set for Noon (CT) at Nissan Stadium. 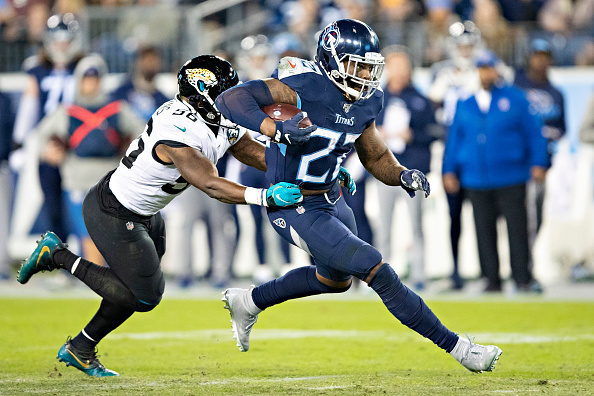