The sarcophagi have remained unopened since they were buried more than 2,500 years ago near the famed Step Pyramid of Djoser in Saqqara, said Neveine el-Arif, a spokeswomen for the Ministry of Tourism and Antiquities. She said 13 coffins were found earlier this month in a newly discovered, 11 meter-deep (36 feet) well, and that 14 more were found last week in another well.

Footage shared by the ministry showed colorful sarcophagi decorated with ancient Egyptian hieroglyphics, as well as other artifacts the ministry said were found in the two wells.

The Saqqara plateau hosted at least 11 pyramids, including the Step Pyramid, along with hundreds of tombs of ancient officials, ranging from the 1st Dynasty (2920 B.C.-2770 B.C.) to the Coptic period (395-642).

Archaeologists were still working to determine the origins of the coffins, el-Arif said, adding that more details and “secrets” would likely be announced next month.

In recent years, Egypt has heavily promoted new archaeological finds to international media and diplomats in an effort to revive its key tourism sector by attracting more tourists to the country.

El-Arif said further excavations were underway in the necropolis, and more coffins were expected to be found.

The Saqqara plateau is part of the necropolis of Egypt’s ancient city of Memphis, that also include Abu Sir, Dahshur and Abu Ruwaysh and the famed Giza Pyramids. The ruins of Memphis were designed a UNESCO World Heritage site in 1970s.

In October 2019, archaeologists unearthed 30 ancient wooden coffins with inscriptions and paintings in the southern city of Luxor.

The Luxor coffins were moved to be showcased at the Grand Egyptian Museum, which Egypt is building near the Giza Pyramids.

Egypt’s key tourism sector has suffered from the years of political turmoil and violence following the 2011 uprising that toppled autocrat Hosni Mubarak, and the sector was dealt a further blow this year by the global coronavirus pandemic. 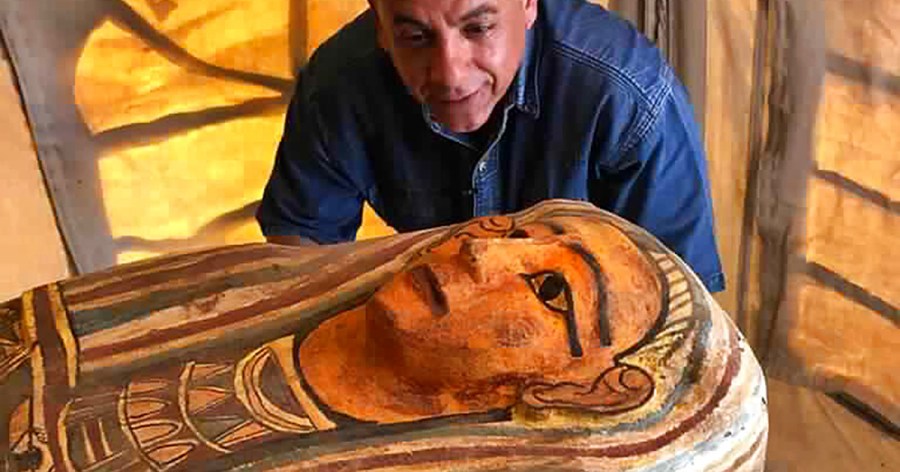