LEE COUNTY, Ala. (WRBL) – A Smiths Station mother, accused of locking her children in cages, is back in jail after a Lee County Judge revokes her bail for violating conditions of her release.

30-year-old Kylla Michelle Mann of Smith Station was arrested back in January and charged with two counts of Aggravated Child abuse of a child less than six years of age and two counts of Reckless Endangerment. Mann’s grandparents were also arrested in the case.

Hughes says Mann failed to comply with court-ordered drug screenings. Hughes says there is evidence Mann moved to Mississippi, also a violation of her bond, where she now faces an outstanding Felony Warrant in Mississippi for allegedly stealing lottery tickets from a gas station she was working at.

Mann and her grandparents are charged in a real-life house of horrors case revealed in January when investigators responded to their Smiths Station home and found two wood constructed cages with hasps and locks. Investigators say several children had been locked in the cages on multiple occasions.

The suspected abuse was discovered when Sheriff’s investigators and Lee County Department of Human Resources conducted a welfare check at the family’s home in the 5000 block of Lee Rd. 246 and made contact with four children ages 3, 4, 10, and 11 years old. Investigators discovered a fifth child, age eight months, also resided at the residence but was not present at the time.

All five children have been removed from the residence and are in the care of Lee County Department of Human Resources.

Mann’s bond revocation means she remains behind bars at the Lee County Detention Facility until the case goes to trial or is resolved. 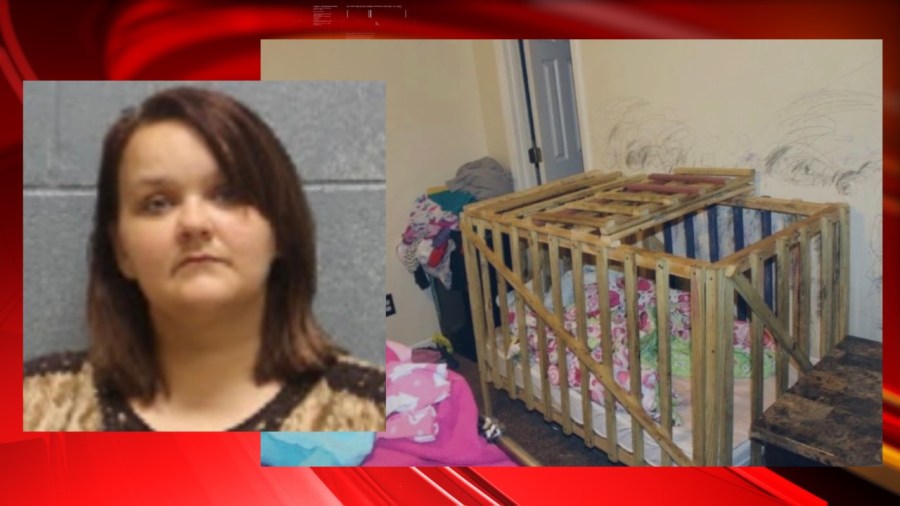