Billed as a “super-small” Rubik’s Cube, it was created to mark the 40th anniversary of when the original 3-D puzzle went on sale in Japan.

It’s made of “ultra-precision metal,” and comes with a box for its display, according to MegaHouse Corp., a subsidiary of Tokyo-based toymaker Bandai Co.

Rubik’s Cube was invented by Hungarian architecture professor Erno Rubik in the 1970s. A U.S. company turned it into a hit product in the 1980s.

More than 100 million Rubik’s Cubes were sold worldwide in the first two years. It was an instant hit in Japan, where more than 4 million were sold in the first eight months after it went on sale in July 1980.

The new tiny cube was shown this week at an exhibit in Tokyo organized by the Hungarian Embassy, which also includes an artwork made with Rubik’s Cubes. The exhibit runs through Nov. 9.

Norbert Palanovics, the Hungarian Ambassador to Japan, said he has made a point to tell anyone who will listen about the Rubik’s Cube because it embodies the small, simple but smart qualities of his country that he is so proud of.

“The Rubik’s Cube is part of our everyday life, here in Japan, too, and inspires everyone,” he said. 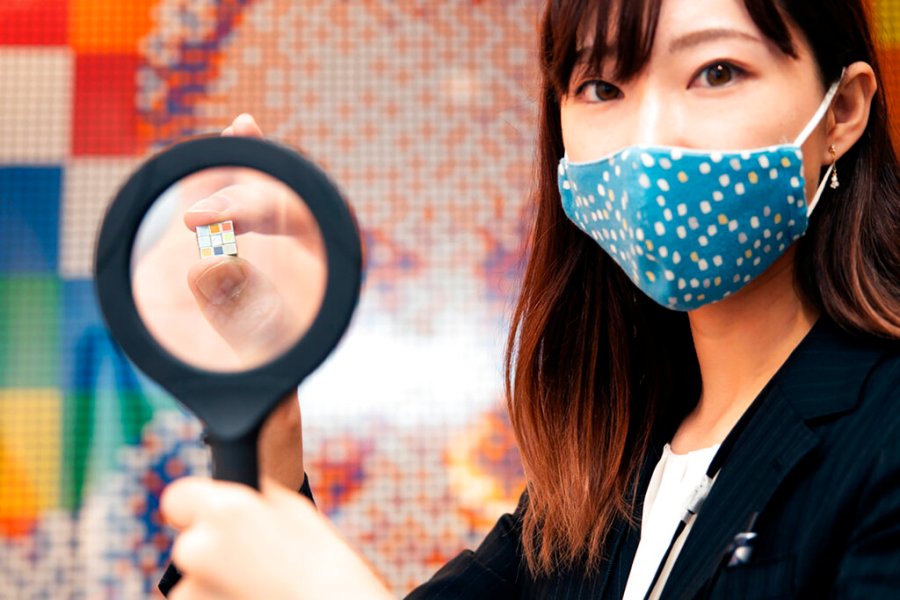