MINNEAPOLIS, Minn. (WKRN) — The Tennessee Titans have help on the way as they go for a 3-0 start Sunday in Minnesota.

The Titans are still without cornerback Adoree Jackson (knee) and wide receiver AJ Brown (knee), but they are expecting to see the debut of rookie running back Darrynton Evans and outside linebacker Vic Beasley Jr.

It has been a long, odd road for Beasley who signed a 1-year, $9.5-million deal with the Titans in the offseason.  He missed the first 10 days of training camp and when he did finally arrived spent weeks on the non-football injured list and missed the Titans first two games with what was called a knee injury.

Beasley turned in a full week of practice though and was removed from the injured list giving the Titans four outside linebackers for the first time this season joining Harold Landry, Jadeveon Clowney and Kamalei Correa.

“What would help us all is play better and coach better. We’re trying to get everybody back that we can” said head coach Mike Vrabel.

Adding Beasley to the rotation though should keep the Titans lineup of pass rushers fresher though as they go after Vikings quarterback Kirk Cousins who has struggled to start the season throwing 4 interceptions and suffering 5 sacks.

The Titans have only 2 sacks in 2 games and none of them have come from their outside linebackers where they have invested massively with free-agent deals for Clowney and Beasley. Landry was a second-round pick in 2018 and had 9.5 sacks last season but has not hit paydirt this year.

Cousins is learning to play this season without star receiver Stefan Diggs who was traded to the Buffalo Bills in the offseason. He still has viable weapons though in Adam Thielen, Kyle Rudolph, Irv Smith, and running back Dalvin Cook.

Cook rushed for 1,135 yards and caught 53 passes last season and poses a considerable threat for a Titans defense that was gashed for 102 yards by rookie running back James Robinson a week ago.

Defensive lineman Jeffery Simmons says he and the Titans focused on improving “the little things” this week to improve their run defense.

Defensively under head coach Mike Zimmer the Vikings have annually put out one of the better units in the league, but this season they have given up a shocking 35.5 points per game over the first two weeks and after losing linebacker Anthony Barr for the season with a pectoral injury fixing that will not get any easier for Zimmer.

They also face a Titans team coming off of a 33 point performance against Jacksonville.  Through the first two games, the Titans offense has been keyed by Ryan Tannehill and the passing game with defenses stacked up to stop or at least slow down running back Derrick Henry.  The expectation is for the Vikings to do the same thing.

The Vikes have struggled mightily to stop the run so far giving up over 150 yards a game the first two weeks.

Henry said he does not expect the yards to come any easier this week, “I watch them on film, they look like a very good defense. I know last week they played the Colts, they had to earn everything that they were getting, so it wasn’t nothing light. Their coaches do a great job. Their head coach does a great job with their defense, a lot of physical guys over there.”

Henry is off to a solid start for the Titans with 200 yards rushing in two games, but his per carry average is only 3.6 per attempt and his longest run of the season is only 14 yards.

That could put the big play responsibility on the arm of Tannehill who is off to a sizzling start with six touchdown passes over the first two games, three of them to tight end Jonnu Smith.

Tannehill credits Henry’s presence with helping the fast start, “When you have a back like Derrick, a guy who does so much for us, the threat of him running is huge whether it be in the field or our play-action game…Obviously, you have to play off that and how the game is going, but every week we want to try to hand the ball to two-two and let him work.”

That play action could result in some bigger plays down the field to receivers like Corey Davis, Adam Humphries, and Kalif Raymond. It has been a quiet start for the speedy Raymond who had a strong training camp. Humphries (11) and Davis (10) lead the Titans in receptions this season and could be set up for big days against a Viking defense that is struggling mightily in the secondary after giving up 578 yards passing the first two games.

The Titans are 2.5 points favorite to get to 3-0 for the first time since 2008 when they also notched a victory over the Minnesota Vikings. 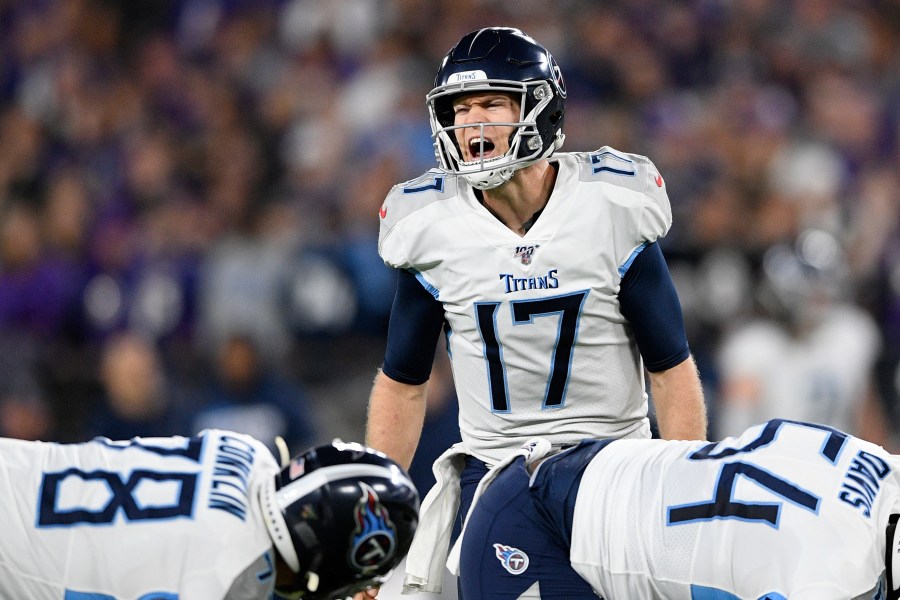