JACKSON COUNTY, Ala – The Alabama Department of Environmental Management says they investigated dirty water reports in Pisgah this summer and found the town had issues with their water filtration system. ADEM is also keeping tabs on a series of structural issues within Pisgah’s water system.

Several issues within the water system have been confirmed by town officials and ADEM. A water storage tank needs to be restored and is thought to have issues with sediment buildup. Water meters need to be replaced, filters have been a recent problem and the town clerk says there could be problems with outflow into a nearby pond.

The town says 486 properties receive water from the system.

“I just don’t want to live a life where I have to force my kids to wonder about the safety of their drinking water,” said Jessie Daniel, a Pisgah resident.

When News 19 first reported this story, we found a document that said Pisgah would be granted a water testing waiver because of construction to the system, meaning no testing would be required. ADEM has sense clarified that waiver was in place while $451,000 was being improved to restore a water tank while also modernizing meters and other apparatuses.

Before, throughout and after investigations into the water system in Pisgah, residents have been told the water is safe to drink, use and bathe in. A joint water report between Pisgah and ADEM said in a summary section, “Your water has been delivered to you in impeccable condition.”

You’ll find jars like the ones above in more than a few households around Pisgah.

“The two young boys who work up there at the filter house. They say the water is OK. I believe them to a point,” said one resident.

“I hate to say I don’t believe ’em. Even though they say it’s safe, we won’t drink it,” said Vivian Harris.

News 19 sent several pictures to ADEM that came from residents. ADEM says the brown water could be a result of various work being done on the system, or it could be a problem with iron and manganese in the water system.

ADEM told News 19 that residents in Pisgah should consider filing complaints against their water provider if issues persist.

News 19 is working to find out when construction on Pisgah’s water system will fully start. 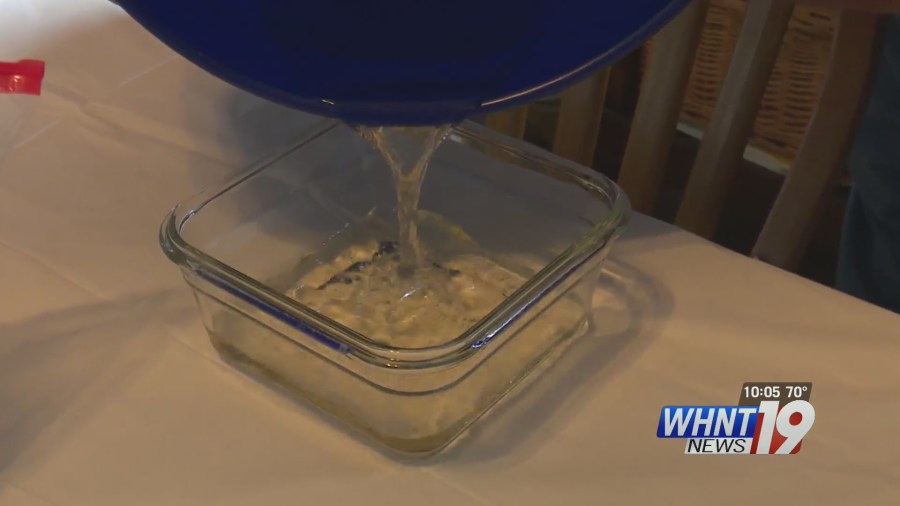