BALDWIN COUNTY, Ala. (WKRG) — It’s been a full two weeks since Hurricane Sally hit, and now some people are worried they may not have a roof over their heads by the end of this week.

Several apartment complexes in Baldwin County are telling their residents they have to leave because of damage done to their buildings.

Three of the five complexes that have major damage and are vacating residents are lower-income housing in Baldwin County, according to Family Promise of Baldwin County, an organization that helps homeless families with children. They say that is causing a bigger strain on people trying to find somewhere to go.

“Where are we going to go? We have no place to go,” Annette Thomas said.

At the Savannah Park Apartments in Foley, both Thomas and Ethel Houston are trying to figure out what to do.

“I’m oxygen-dependent, I have a hospital bed, this chair. Me and my husband are totally disabled. We have no help and nobody to help us move,” Houston said.

The two women got a letter from their complex last Thursday, saying they had until Oct. 1 to vacate their homes because of damage sustained by Hurricane Sally.

“All the motels are booked up, all the apartments, you can’t afford them,” Houston said.

Neither has found a place to stay. They’ve been told they will be able to go back to the complex once it is cleaned and the damage has been repaired, they just don’t know when that will happen.

“Where are they going to go? That’s our problem. There’s always waiting lists for our lower-income affordable housing,” said Beth Biggs, the executive director of Family Promise of Baldwin County.

“Unfortunately, our housing stock for affordable housing is already low in Baldwin County,” she said.

Family Promise and other organizations across Baldwin County are trying to find creative ways to help those displaced. “We’re going to have an emergency meeting with our churches, a Zoom meeting, to see how many of our churches are willing to open up emergency shelters for two weeks,” Biggs said.

They are not the only ones helping. “We need people to know these people need help. They’re being asked to leave, they have no resources to do that,” said Rachel Kinsey, a real estate agent and now volunteer.

Kinsey says she was on Facebook and saw people in need of help, and made a post saying she might know of a few rentals, offering her help. That post blew up. “Before I knew it I was getting tagged in hundreds of posts,” said Kinsey.

Cecilia Jones also took to Facebook after seeing many in need of help. She and her husband own a truck, and she offered to help someone living in a lower-income apartment move their stuff. “It turned into another person and another person and then before I knew it it was 30 people, and I started begging for help,” Jones said.

Jones and Kinsey began working together, trying to help as many people as they can find shelter. “We’re just two moms — we’re overwhelmed,” they both said.

The shelter in Robertsdale closed.

Jones and Kinsey are asking others to help where they can. “There’s no one to get them any shelter, that’s what we need the most,” Jones said.

As for Thomas and Houston, they are trying to remain hopeful. “We just don’t have nowhere to go. What are we going to do?” Houston asked. Thomas responded, “God is going to provide for us I know He will. And FEMA, what I heard, is on their way.”

Some are hoping FEMA will enact their hotel voucher program, to help those who are being displaced while they find another place to stay. 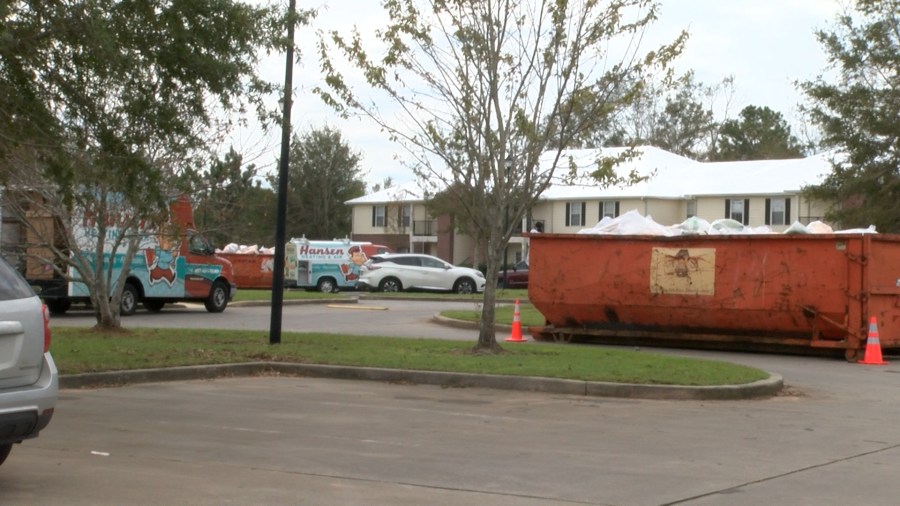