DALLAS (NewsNation Now) — Two of America’s top airlines are furloughing thousands of workers with no new agreement on the table in Washington, D.C.

American Airlines announced 19,000 workers will be furloughed beginning on Thursday.

“If these efforts to extend (Payroll Support Program) are successful over the next few days, we will reverse our furlough processes and recall any impacted team members,” CEO Doug Parker said.

“While sadly, involuntary furloughs begin today, we haven’t given up,” United Airlines said in a statement. “In a continuing effort to give the federal government every opportunity to act, we have made clear to leadership in the Administration, Congress and among our union partners that we can and will reverse the furlough process if the CARES Act Payroll Support Program is extended in the next few days. We implore our elected leaders to reach a compromise, get a deal done now, and save jobs.”

The aviation industry had been able to stay afloat because of the government bailout it received in March. Part of that Cares Act deal was that there would be no permanent layoffs until October 1.

With no new agreement on the table and a stimulus vote delayed in the U.S. House, massive layoffs are on the horizon.

Union workers have said some 75,000 aviation jobs are on the chopping block if financial relief isn’t extended to airlines.

President and CEO of Airlines for America, Nicholas Calio, said, “What happens Thursday when all these people lose their jobs—they go off the payroll, they lose their health insurance, they stop paying taxes at the federal, state and local level. They stop being able to spend, they file for unemployment and then they’re taking money directly from the government themselves.”

Those close to the industry say the impacts would be catastrophic, and Congress is running out of runway to strike a deal.

“I just can’t believe that we may not be able to do the right thing simply because our elected officials can’t come to any sort of compromise agreement,” Parker said.

In March, $32 billion in coronavirus aid was allotted to fund airline payroll. Despite voluntary leaves, slashed executive pay and early retirements, Airlines for America says domestic carriers—as a whole—continue to burn about $5 billion a month.

At its lowest point in April, passenger volume was down 96% — numbers not seen since the 50s. As of last week, the figures plateaued—with airlines operating 52% fewer flights than a year ago.

Lawmakers like Sen. Tom Cotton (R-Ark.) advocating for an extension and asking Federal Reserve chairman Jerome Powell if a vaccine was the best answer to the aviation crisis.

“Yes,” said Powell. “In the long run, I think that is what it’s going to take to get business travel back to where it was.”

Sara Nelson, the president of the Association of Flight Attendants, said we’re in the middle of a crisis.

“Everyone thought in March — thought and hoped that we’d be in a different place, but we’re not. We’re still directly in the middle of this crisis,” Nelson said.

Paul Hartshorn, Jr., with the Association of Professional Flight Attendants, said union workers are asking for a six-month financial extension through March of 2021 to keep airlines in the skies and food on the table at home.

“It’s completely devastating,” he said. “Demand, business travel, has fallen off a cliff. This is a way to keep these employees connected to pay and health care while we navigate through this pandemic.”

He said the impact would trickle down to travelers in the form of fewer flights at higher fares. For those employed by the airlines, however, much more is at stake.

“This is a mother and a father who are both flight attendants on the furloughed list with a special needs son who are in jeopardy of losing their medical insurance,” Nelson said at a recent press conference.

Hartshorn said it’s discouraging that it’s the eleventh hour with no deal made, despite additional funding receiving bipartisan support.

Sen. James Lankford (R-OK) said he is hopeful for compromise.

Losing those jobs would be a monumental blow to aviation. Since the onset of COVID, the industry has already lost 100,000 jobs. American hasn’t seen an aviation crisis like this since 9/11, but for comparison, air travel went down almost 6% after the attacks. Air travel is down 66% in the wake of COVID-19.

Today is a very sad day for all of us here at United.

As you know, Congress has been negotiating another stimulus bill to address the economic impact of COVID-19 and there is strong bipartisan support. But despite a chorus of voices advocating for an extension of the CARES Act Payroll Support Program – a coalition that included industry groups, other airlines, our union partners, senior leadership at United and many of you – Congress has still not taken action.

The CARES Act Payroll Support Program funding for our airline expires today, September 30. That means after months of aggressive cost-cutting and proactive debt-raising actions to manage the company through the COVID-19 crisis and its impact on our business, we regrettably are forced to move forward with the process of involuntarily furloughing about 13,000 of our United team members.

And while sadly, involuntary furloughs begin today, we haven’t given up.

In a continuing effort to give the federal government every opportunity to act, we have made clear to leadership in the Administration, Congress and among our union partners that we can and will reverse the furlough process if the CARES Act Payroll Support Program is extended in the next few days. We implore our elected leaders to reach a compromise, get a deal done now, and save jobs.

As you know, we started the involuntary furlough process earlier this summer when we issued WARN notices to 36,000 of our employees. We later decreased that figure by more than half to about 16,000 United employees who would be notified of an involuntary furlough effective as early as October 1. And since then, we’ve also worked to further reduce the total number of furloughs by working closely with our union partners, introducing new voluntary options, and proposing creative solutions that would save jobs.

The pandemic has devastated travel demand, from international restrictions to domestic quarantines to overall weakness in customer bookings. But throughout – and in spite of – the challenges of the past eight months, all of our employees have demonstrated how much they care about each other and our customers. To our departing 13,000 family members: thank you for your dedication and we look forward to welcoming you back. 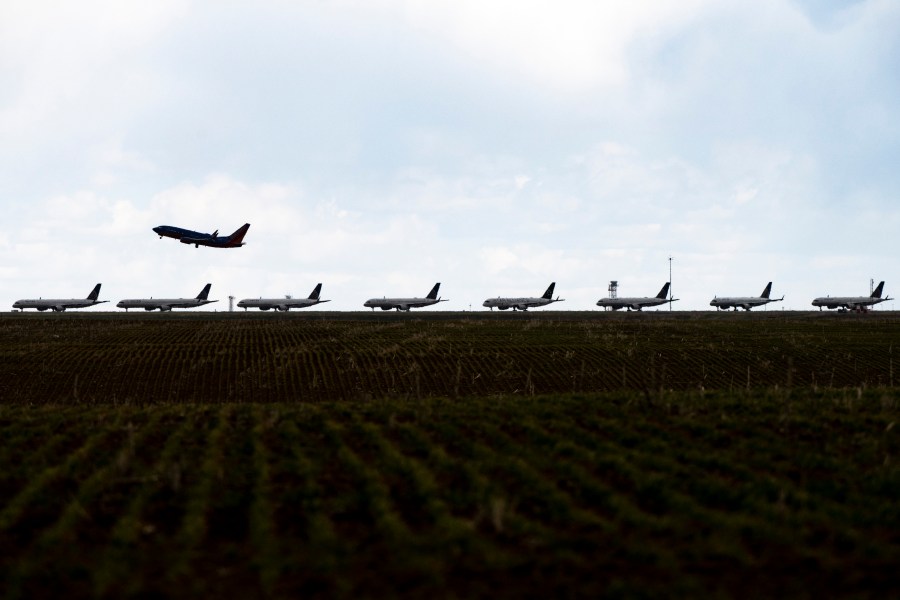