FRANKLIN & LAUDERDALE COUNTIES, Ala. — It’s been nearly a year since a gunman killed two members of the West Freeway Church of Christ in White Settlement, Texas. Within seconds of him firing, a member of the church’s volunteer security team shot and killed the gunman. Events like this have sparked conversations on self-defense in churches.

In Alabama, voters statewide will have the chance to vote on two amendments for the Shoals—5 for Franklin County and 6 for Lauderdale.

If the amendments pass, a special Stand Your Ground law would provide that a person is not liable for using deadly physical force in self-defense or in the defense of another person on church property.

“My first reaction to this is simply, it’s heartbreaking that we live in a world where this kind of thing happens, these kinds of tragedies take place,” Hess said.

Hess said it’s Woodmont’s goal to protect the lives of those under their care. “We want to do all we can to protect people,” he said.

Pastor Moshiu Knox of Galilee Missionary Baptist said he is in total support of standing your ground in church.

“I think it’s very important,” Knox said. “I support that, because the Bible tells us to be vigilant, to be sober, be vigilant because the devil is on prowl.”

Knox said because of nationwide tension and race relations in years past, more violence is happening in church.

“And I think we should be able to defend ourselves without worrying about being prosecuted for defending ourselves, so I am totally supporting Stand Your Ground in the church,” he said.

If a majority of Alabama voters vote “yes” on Amendments 5 and 6, including a majority of voters in Franklin and Lauderdale counties, the state constitution will contain that special Stand Your Ground law for churches in those two counties.

To read more on other amendments that will appear on the ballot, click here. 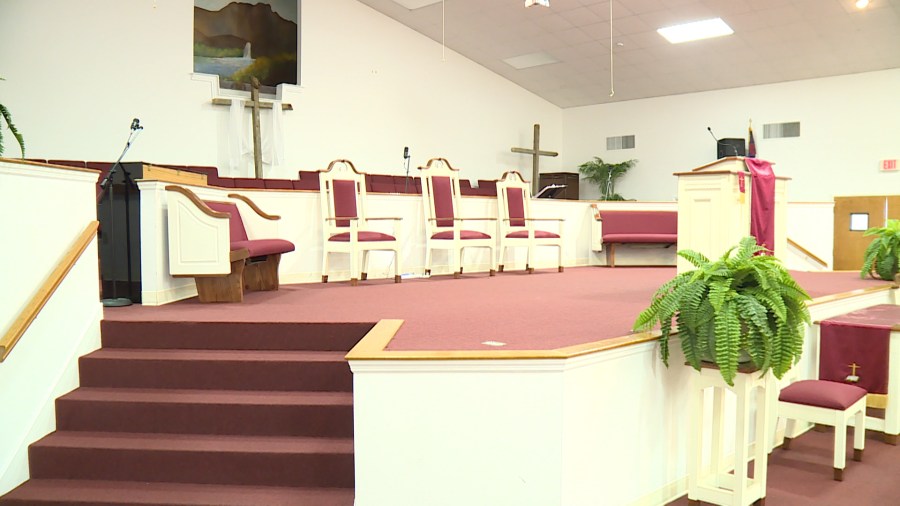