What happens if President Trump becomes too sick to serve?

WASHINGTON (NEXSTAR) – President Donald Trump’s announcement of his COVID-19 diagnosis early Friday has many wondering what will happen if he becomes incapacitated and is no longer able to lead the nation.

If Trump’s condition becomes too grave for him to carry out his duties, however, the 25th Amendment provides guidelines for what would happen next.

In cases where a president is incapacitated but won’t give up their powers, Section 4 of the 25th Amendment dictates that the vice president and a majority of the cabinet can come forward and force the president to relinquish his powers, says William Howell, University of Chicago Professor in American Politics.

In the current volatile political climate, however, Howell says the ability to have a clear transfer of powers if needed is “cause for some concern.”

The president may declare himself unable to do his job and empower the vice president temporarily, according to Brian Kalt, a law professor with Michigan State University. Both Ronald Reagan and George W. Bush used this process before being sedated for surgery.

Trump’s positive test comes just hours after the White House announced that senior aide Hope Hicks came down with the virus after traveling with the president several times this week.

Trump led a fundraiser in New Jersey Thursday after knowing he had been exposed to Hicks.
Trump is 74 years old, putting him at higher risk of serious complications from a virus that has now killed more than 205,000 people nationwide. 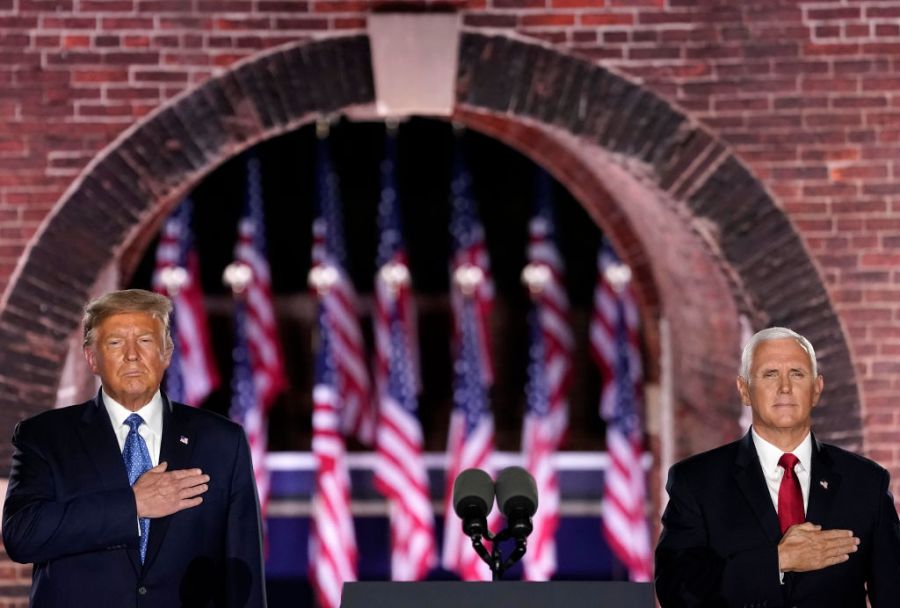