“Michelle and I hope that the President, First Lady, and all those affected by the coronavirus around the country are getting the care they need and are on the path to a speedy recovery,” Obama said in a tweet.


What happens if President Trump becomes too sick to serve?

The 44th president added, “Obviously, we’re in the midst of a big political battle right now, and while there’s a lot at stake, let’s remember that we’re all Americans. We’re all human beings. And we want everyone to be healthy, no matter our party.”

The president announced early Friday that he had tested positive for the coronavirus, and the White House said later in the day that he would be going to a military hospital for “a few days” for treatment. His Democratic challenger, Joe Biden, and his wife, Jill, said they tested negative after encountering Trump at Tuesday’s debate.

A campaign official with Joe Biden’s campaign said on the condition of anonymity that they are taking down attack ads in the wake of Trump’s coronavirus infection.

The Democrat’s campaign is removing all its negative ads, although in some cases, it may take days for ads already in circulation to stop running. The official says Biden made the decision before news surfaced that Trump was being transferred to a military hospital for a “few days” of treatment.

Trump’s doctor said that the president felt fatigued and that he had been given an experimental treatment aimed at staving off a severe case of COVID-19.

Friday evening he was flown to Walter Reed where he will spend a “few days.” Being there would allow for closer monitoring, such as if doctors decide they’d like scans of his lungs, and a quicker reaction time if he takes a turn for the worse. 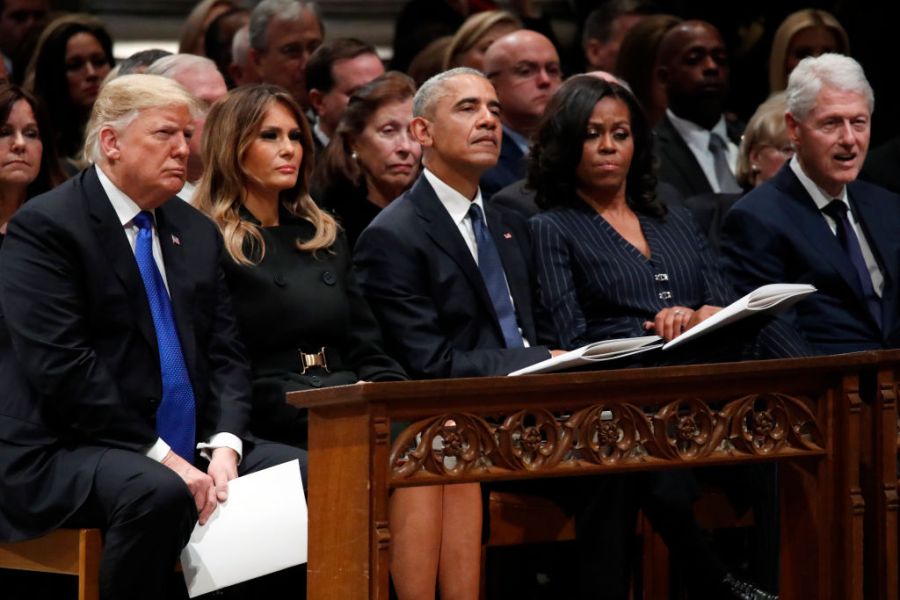