Trump was driven past the crowd and was seen wearing a mask while waving at hundreds of people gathered around the hospital waving “Make America Great Flags” and holding up signs.

The president was cheered by supporters as he drove by. Trump returned to his hospital suite following the short trip.

Prior to making the appearance outside the hospital, Trump posted a 75-second clip to Twitter where he announced he’d be venturing outside the walls of Walter Reed. In the video, he again thanked the doctors and nurses he’s met and noted he had “learned a lot about COVID.”

“I get it and I understand it, and it’s a very interesting thing,” Trump said. “And I’m going to be letting you know about it.”

Dr. Sean Conley said Sunday that Trump is doing well enough that he might be sent back to the White House in another day — even as he announced the president was given a steroid drug that’s only recommended for the very sick.

Worse, steroids like dexamethasone tamp down important immune cells, raising concern about whether the treatment choice might hamper the ability of the president’s body to fight the virus.

“It’s a little unusual to have to guess what’s really going on because the clinical descriptions are so vague,” said Dr. Steven Shapiro, the University of Pittsburgh Medical Center’s chief medical and science officer. With the steroid news, “there’s a little bit of a disconnect.”

Conley has been Trump’s physician since 2018 — and already has experienced some criticism about his decisions. In May, Conley prescribed Trump a two-week course of the malaria drug hydroxychloroquine to protect against the coronavirus after two White House staffers had tested positive. Rigorous studies have made clear that hydroxychloroquine, which Trump long championed, does no good in either treating or preventing COVID-19.


What is dexamethasone? What we know about Trump’s latest treatment

“If they’re really talking about discharge tomorrow, and he really isn’t on oxygen, then it’s more likely that the dexamethasone is just thrown in there as more one more thing that probably isn’t necessary and might not even be helpful,” said Dr. Steven Shapiro, the University of Pittsburgh Medical Center’s chief medical and science officer.

“The next few days are going to be key,” Shapiro noted. 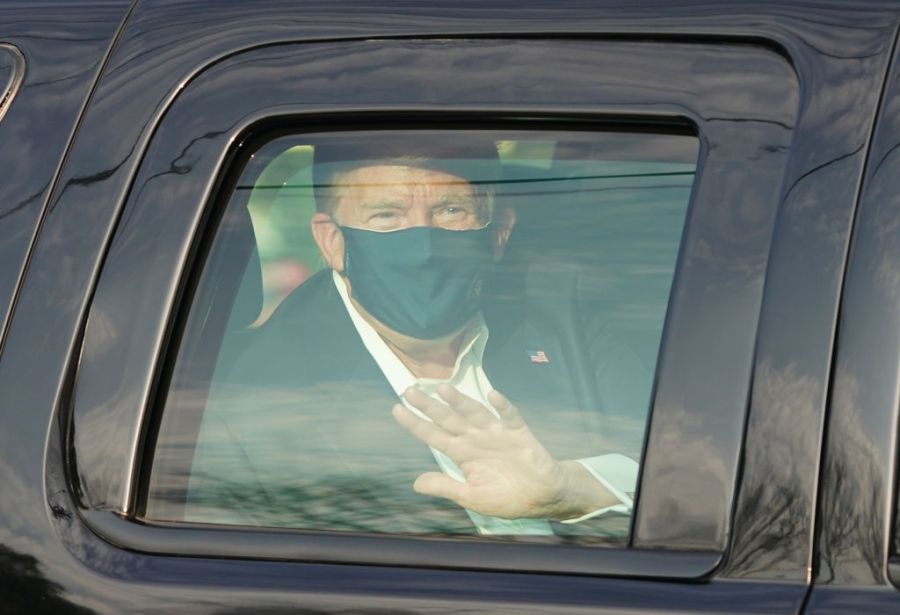