What will happen to the debates? Trump’s diagnosis throws schedule into limbo

WASHINGTON (NEXSTAR) — It is not known yet how President Donald Trump’s coronavirus diagnosis will impact the remaining presidential debates, but it’s hard to believe the president and his Democratic rival Joe Biden would share a debate stage October 15 in Miami.

Right now, it’s too early to say if Trump would be out of quarantine and physically able to participate. On Saturday, his doctors reported the president’s condition had slowly improved, but the first 7-10 days following diagnosis are crucial in the recovery process.

If he wasn’t able to participate, it’s possible the Commission on Presidential Debates could postpone the October 15 event and push back the schedule — or cancel the second event. A third debate is planned for October 22.

In the event doctors clear Trump to debate, it’s possible the candidates would not be in the same room. That would likely mean an event conducted in the virtual format we’ve all grown accustomed to during the pandemic. That being said, such a format could present challenges following the first debate when participants continually talked over each other.

The second debate is also scheduled to be a town hall with an audience. Certainly, that has to be up in the air.

Even prior to Trump’s coronavirus diagnosis, his campaign was objecting to possible format changes that were being floated around due to the chaos of the first debate. The commission did not specify what changes it would make, but the Associated Press reports that one possibility being discussed is to give the moderator the ability to cut off the microphone of one of the debate participants while his opponent is talking, according to a person familiar with the deliberations who was not authorized to discuss the matter publicly and spoke to AP on condition of anonymity.

In order to make any changes to the October 15 event, both campaigns would have to approve.

The Sun Sentinel reached out to the Commission on Presidential Debates on Friday regarding the status of the Miami debate but did not hear back.

The bottom line: We simply don’t yet what will happen with the October 15 event.

Here is the remaining schedule for the debates and their moderators:

— The New York Times reports that Tuesday’s Vice Presidential Debate has been thrown into limbo. The debate between Vice President Mike Pence and Sen. Kamala Harris is set to take place in Salt Lake City on Oct. 7, with USA Today’s Susan Page moderating.

— The second presidential debate will be a “town meeting” Oct. 15 in Miami. Steve Scully of C-SPAN will moderate.

— The third presidential debate will be Oct. 22 in Nashville, with NBC’s Kristen Welker moderating. 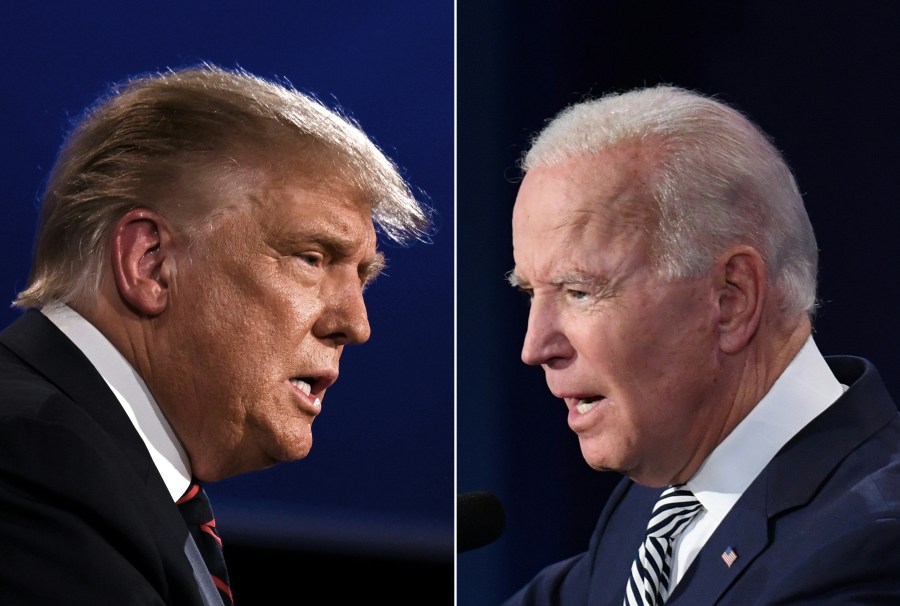