MONTGOMERY, Ala. (WIAT) — On November 3, not only will voters select candidates, but also amendments; and one of them is Amendment four.

This Amendment would remove outdated and racist language from the 1901 Alabama constitution.

“But we still have the remnant of some really ugly language that exists in our governing document,” Steve Murray said.

Steve Murray the director of the Alabama Archives and History Museum says some of the outdated language deals with people of different races getting married.

“It was illegal and written into the state constitution in 1901, that white person and a black person could not marry each other,” Murray said.

The changes involve removing racist language and language that is repeated or no longer applies. It also deals with language related to economic development, and it will allow you to find information on certain counties.

“It recompiles the document itself so we can better you know, if you’re looking for something for Jefferson County, you can find Jefferson County in addition to it spells out some various economic development entities within the state constitution,” Rep. Merika Coleman, (D-Jefferson County) said.

Rep. Merika Coleman successfully got a bipartisan bill passed to allow the people of Alabama a say in removing this language from the constitution.

“I believe in Alabamians that we can come together and say that in our state, we believe that all citizens in the state of Alabama deserves the same rights,” Coleman said. 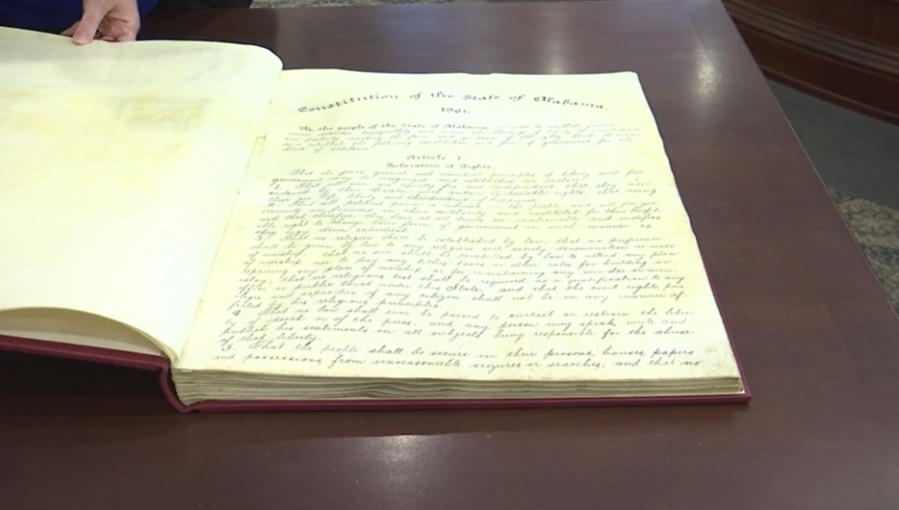