According to a statement on the gift shop’s website, the coin is part of a series designed by Anthony Giannini, chairman of the White House Gift Shop.

He described the COVID-19 coin as the last in a series illustrating “President Trump’s ascendance over and defeat of the deadly COVID pandemic virus.”

Landing at the White House on Marine One, Trump gingerly climbed the South Portico steps, removed his mask and declared, “I feel good.”

He gave a double thumbs-up to the departing helicopter from the portico terrace, where aides had arranged American flags for the sunset occasion. He entered the White House, where aides were visible milling about the Blue Room, without wearing a face covering.

The commemorative coin went on sale before the president was released from the hospital.


Amazon takes down ‘stand back and stand by’ merchandise

“Will be back on the Campaign Trail soon!!! The Fake News only shows the Fake Polls,” Trump tweeted just before his release.

Trump had revealed earlier Monday that he was leaving Walter Reed after being hospitalized since Friday.

“Feeling really good! Don’t be afraid of Covid. Don’t let it dominate your life,” Trump tweeted. “We have developed, under the Trump Administration, some really great drugs & knowledge. I feel better than I did 20 years ago!”

The coin’s listing has no photo but will ship Nov. 14.

According to the website, 20% of the proceeds will be donated to COVID-19 prevention and cancer research. 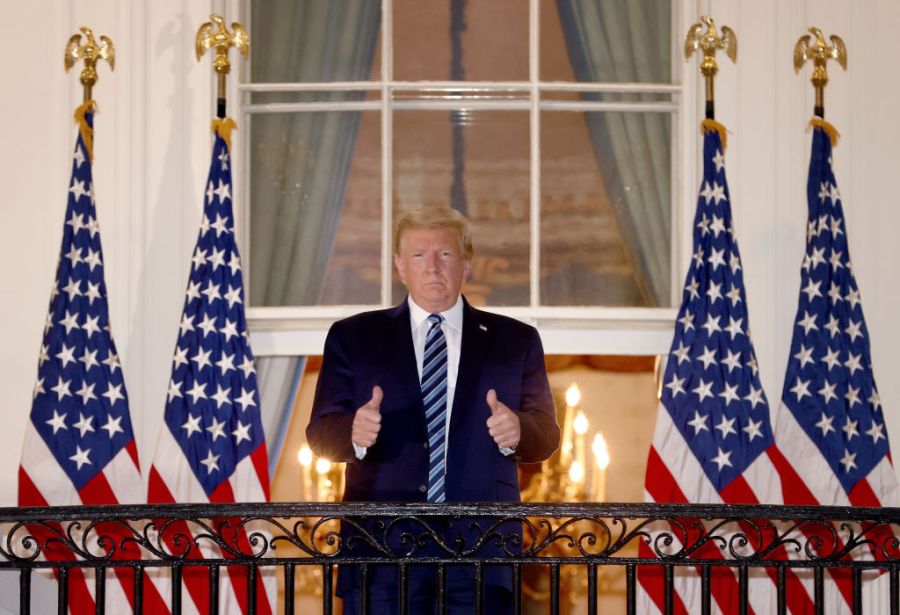