“Since returning home, his physical examination has remained stable and devoid of any indications to suggest progression of illness,” Dr. Sean P. Conley said in the letter.

He added that Saturday will be day 10 since Thursday’s diagnosis.

“I fully anticipate the President’s safe return to public engagement at that time,” Conley said.

The diagnosis was not made public until Friday morning.

Meanwhile, the fate of the final debates between President Trump and Democrat Joe Biden is uncertain as the campaigns offered dueling proposals for moving forward with a process.

On Wednesday, President Trump posted a nearly 5-minute video on Twitter Wednesday saying he plans to make an experimental coronavirus treatment, which has not yet been approved for use beyond a clinical trial, available and free to the public.

“This was a blessing from God that I caught it,” Trump said about his diagnosis in the video recorded outside the Oval Office.

The president received the experimental treatment called REGN-COV2, a cocktail of two monoclonal antibodies, last week. The manufacturer, Regeneron Pharmaceuticals, Inc., told NewsNation in a statement that they received a request from the president’s physicians to provide a dose.

“They gave me Regeneron, and it was like unbelievable,” Trump said in the video posted Wednesday. “I felt good immediately. I felt as good three days ago as I do now. So I just want to say, we have Regeneron, we have a very similar drug from Eli Lilly, and they’re coming out and we’re trying to get them on an emergency basis. We’ve authorized it. I’ve authorized it.”

The president has received treatment at the White House for COVID-19 since Monday evening after spending three nights at Walter Reed Medical Center. Trump announced he tested positive for coronavirus early Friday morning. It’s unclear when he last tested negative. 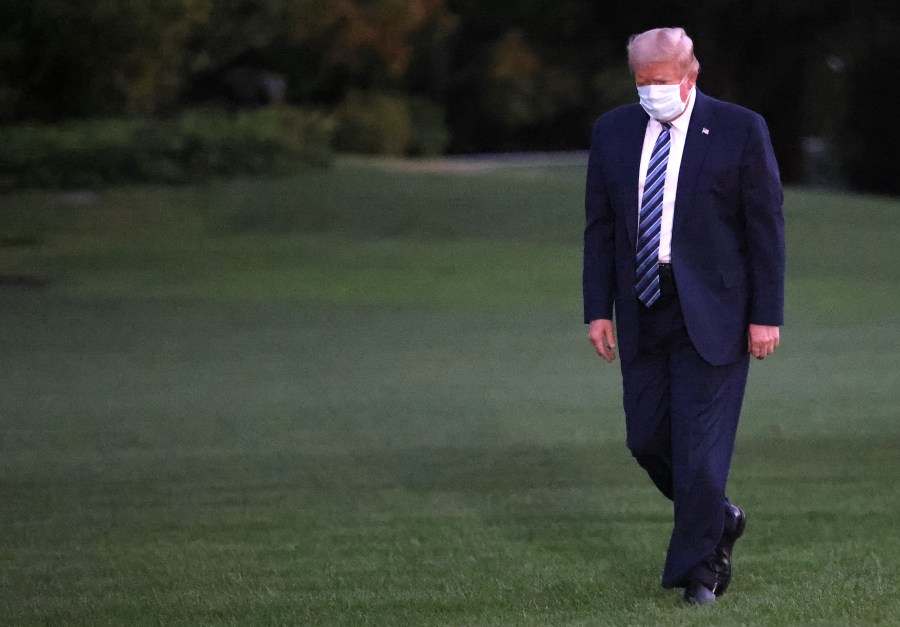