Towards the end of the primary election and the start of the runoff against Jeff Sessions, Tuberville has generally avoided larger media outlets. Tuberville last interviewed with News 19 3 months ago following his victory over Sessions.

News 19 reporter Ethan Fitzgerald asked Tuberville dring a July 14 Zoom interview, “We are curious if we will be able to hear a little bit more from you…pick your brain as we get down the stretch here.” Tuberville responded, “We will answer any of them. I hold no secrets, I promise you. I want everybody to know who I am when I go to Washington D.C.”

The same promise came up a second time.

“I’m going to be very open. I’m going to give my feelings about everything that’s going on,” said Tuberville.

At the time of the above response, Tuberville had not commented on social unrest unraveling across the country along with the monument debate.

Incumbent Senator Doug Jones has also been campaigning in North Alabama. Jones says he is slightly surprised his opponent has gone this long in avoiding press and talking about critical issues. Jones feels the issue goes beyond the press and is a disservice to Alabamian’s.

“The more I see things he has actually said, it just kinda reinforces that if I was him, I would probably stay underground too. He just doesn’t have the knowledge and the experience to talk about the issues. Anybody that doesn’t know what the Voting Rights Act is, sure can’t talk to you about China and trade wars,” said Senator Jones.

“All that football talk is maybe worth something to him now in football culture Alabama. But in the United States Senate, it’ll be worthless,” said Brown.

While Tuberville didn’t talk to News 19 Friday, his supporters did. Voters told News 19 they were going to vote for their party. Tuberville supporters did express disappointment that their candidate refused to debate Jones.

“Yeah, I’d like to have seen one,” said one man who wished to remain anonymous.

Nexstar Media Group offered a live debate for the race. Senator Jones accepted the invite and Tuberville never publicly responded to the invite. The debate would have been held next week. 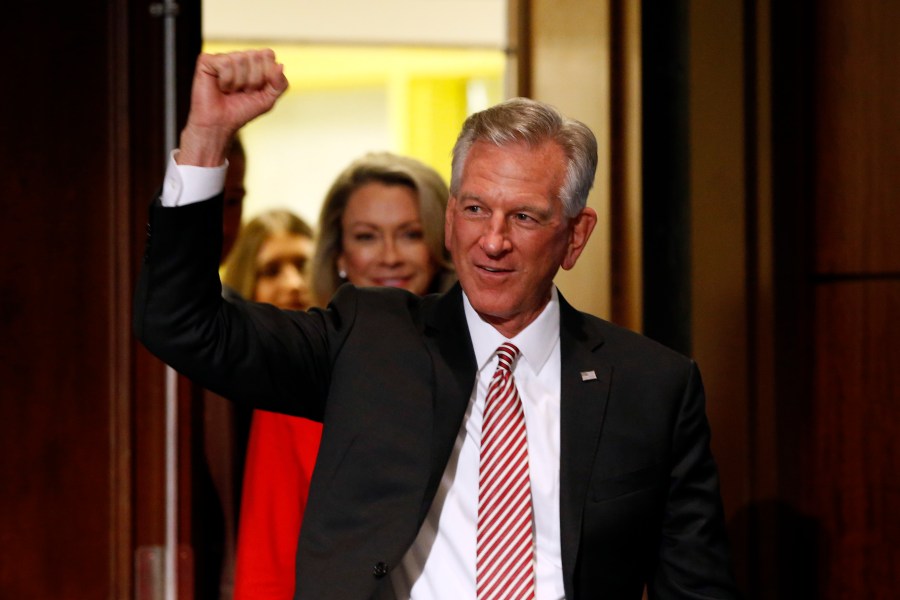