WASHINGTON (NewsNation Now) — The Senate hearing to consider Judge Amy Coney Barrett to be the next associate justice on the U.S. Supreme Court begins on Monday at 9 a.m. EDT.

What: The Supreme Court nomination hearings for Amy Coney Barrett
Who: Judge Amy Coney Barrett appears in front of the Senate Committee on the Judiciary
When: Monday — Thursday at 9 a.m. EDT
Where: Hart Senate Office Building
How to watch live: NewsNationNow.com and the NewsNation Now app

President Donald Trump nominated Barrett to fill the late Justice Ruth Bader Ginsburg’s seat on the Supreme Court on Sept. 26 at a ceremony in the White House Rose Garden, which turned into an event of interest related to COVID-19.

The 48-year-old U.S. Court of Appeals for the Seventh Circuit judge is President Trump’s third nomination to the Supreme Court, after Neil Gorusch and Brett Kavanaugh.

The hearings, despite criticism by Democrats, are moving forward on Monday. The chamber is also on a previously unscheduled recess following coronavirus diagnoses for Republican Sens. Mike Lee, Thom Tillis, and Ron Johnson.

The Senate Judiciary Committee, chaired by Republican Sen. Lindsey Graham, is charged with investigating the background and qualifications of any nominee.

The Judiciary Committee’s public hearings, which last several days, are a highly anticipated event for every Supreme Court nominee, during which the public gets to hear the candidate in her own words answer questions from senators, typically related to judicial philosophy and often the nominee’s opinions on hot-button social issues like abortion.

Recent nominees have typically kept those views close to their chests. Senators often follow up the testimony with further questions posed to the nominee in writing.


What are the steps to confirm Amy Coney Barrett to the Supreme Court?

A vote by the committee will send the nomination to the full Senate.

Graham has said he hopes his committee will approve Barrett’s nomination by the week of Oct. 26, setting up a final confirmation vote on the Senate floor one week before the Nov. 3 presidential election.

The Federal Bureau of Investigation will complete its own investigation and share its findings with the Judiciary Committee. The American Bar Association, a national nonpartisan lawyers’ group, will also evaluate Barrett and deliver a rating on whether she is qualified to sit on the high court.

Since Senate Republicans in 2017 eliminated for Supreme Court nominations a procedural tactic often used by the minority party to hold up a vote, called the filibuster, a simple majority of the 100 members must vote to confirm. That appears likely given Republicans have a 53-47 majority and only two Republican senators have publicly opposed Trump’s bid to fill the seat.

As of Oct. 9, 2020, this is the schedule. Testimony by those who know Judge Barrett and legal experts is expected to follow the questioning of Barrett.

Members of the Senate Judiciary Committee 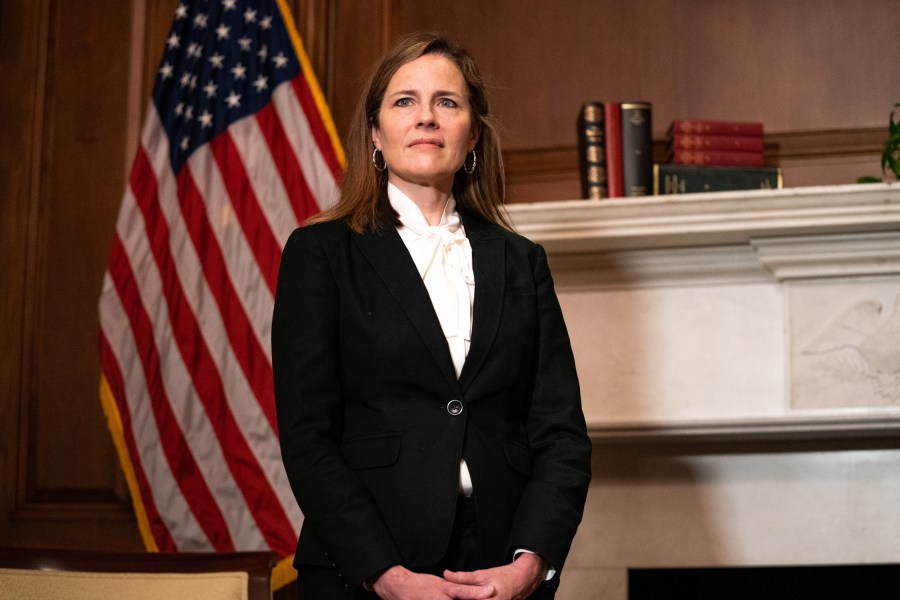