HUNTSVILLE, Ala – The last point-in-time count tallied a minimum of 561 homeless people within the greater Huntsville area. Due to COVID-19, space in local shelters is limited, bringing a greater need for winter gear to distribute to the area homeless.

“You can imagine what a problem that could be if they are introducing new people to that environment,” said Lynn Bullard, a volunteer with the North Alabama Coalition for the Homeless.

While the Huntsville homeless population may seem low compared to other communities, the homeless count has increased over the last four years. Many area homeless are former veterans or people who once lived in suburbs.

“She was in a bad car wreck. Back injury. Got hooked on pain meds. She ended up on the street,” said Bullard of one woman she knows who became homeless.

Bullard says her organization wants to eliminate cold-related deaths this winter. Something the group says they’ve had success in doing over the years.

Hand-made items, Bullard says, are often very impactful when given to the homeless.

“You know, we are all, I think, put here on this earth to take care of each other. It’s the golden rule. Do on to others as you would have others do on to you,” said Bullard.

Below are drop-off locations: 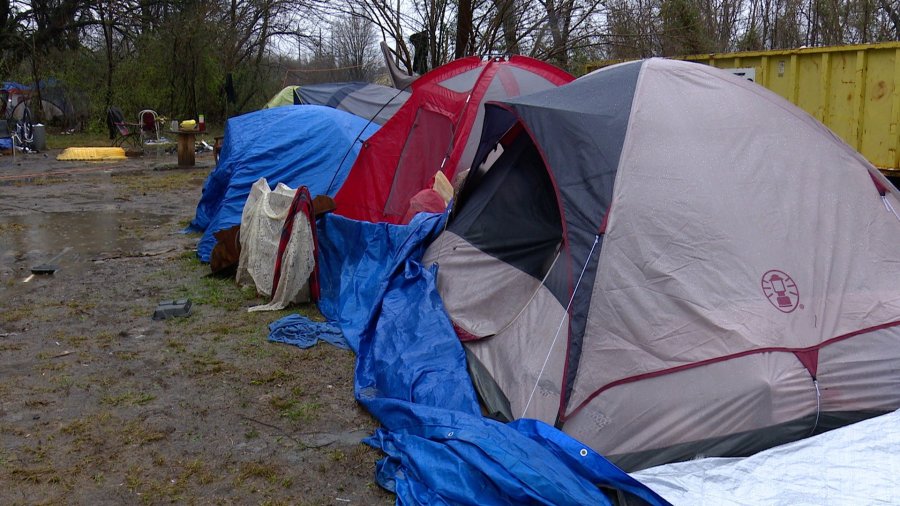